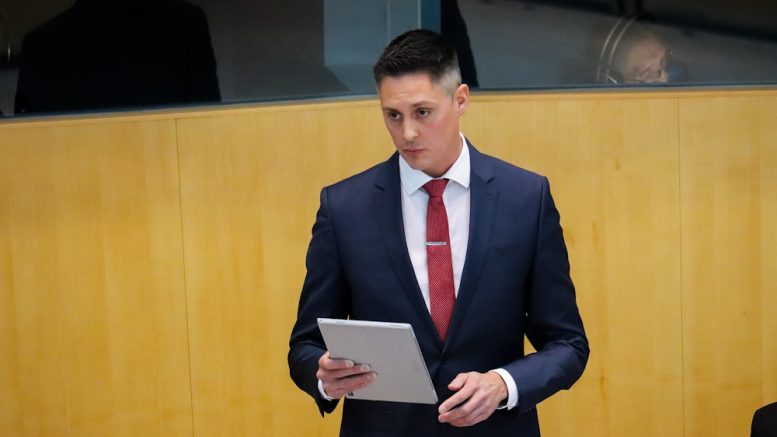 R.J. Simpson is the minister of Education, Culture and Employment. (File photo/CKLB)

The territorial government is amending its Education Act by easing restrictions on which French-speaking non-rights holders can be enrolled in French first language schools.

The new regulations will include the same three categories for admission with the potential of a fourth, more inclusive amendment aimed at the consideration of French-speaking non-rights holders.

The other three categories are reacquisition (those whose ancestors were rights-holders), new immigrants, and non-citizen francophone speakers.

“Codifying the directive in regulations that will be based on lessons learned and consultation with stakeholders will ensure greater clarity around enrolment in French first language schools,” says  RJ Simpson, minister of Education.

The 2016 ministerial directive on enrollment for French first language programs was replaced after stakeholders believed they, “need to provide more clarity around admission requirements,” as stated in a press release.

The 2016 directive, allows eligible non- rights holder parents to enroll their child in a French first language program assuming enrolment at the school does not exceed 85 percent capacity. If school capacity reaches or exceeds 85 percent then enrolment will be limited to children of rights-holder parents.

Considering back in 2011, the commission scolaire francophone des Territoires du Nord-Ouest (CSFTNO) and the Association des parents ayants droit de Yellowknife (APADY) [Association of rights holder Parents of Yellowknife] brought a suit against the Government of the Northwest Territories on the grounds that they had insufficient facilities and that they should be allowed to apply their own enrolment policies.

In 2012, the NWT Supreme Court declared the directive to be unconstitutional. To which the GNWT appealed their claim, upholding the government’s right to limit enrolment in a French-language school to rights holders as determined by section 23 of the Charter.

The GNWT will be consulting education bodies on the new regulations this summer, which will only apply to applications for the 2020-21 school year and beyond.

CKLB radio has reached out to the GNWT for clarification on when the minister and education bodies will meet to discuss the new plan to incorporate non-rights holders.