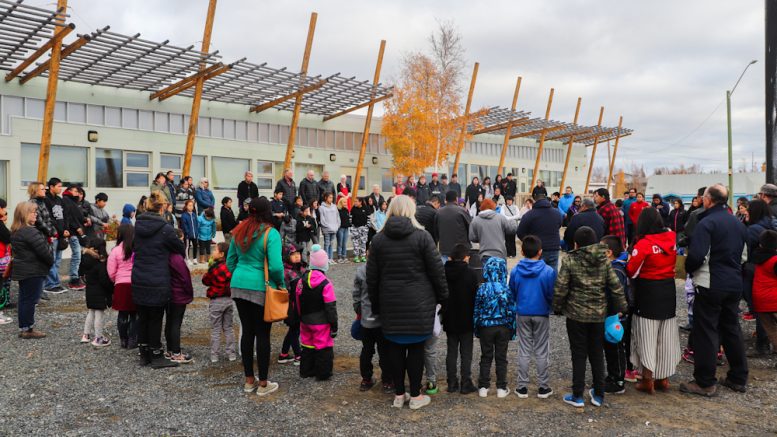 Education leaders across the NWT have agreed to keep all schools closed for the remainder of the academic year despite being given the all-clear to open from the chief public health officer.

The decision comes two days after the territorial government released its Emerging Wisely plan to relaxing the public health orders in place since March.

The plan surprised many by outlining a process for schools to open this spring given proper protection protocols were in place and approved by Chief Public Health Officer Dr. Kami Kandola.

“Due to the many complex operational challenges faced by schools at this time, education leaders have decided not to reopen schools for the remainder of the 2019-20 school year,” reads a government news release. “These challenges include, but are not limited to, the absence of teachers in many communities, strong concerns from local governments, and an immediate shortage of the equipment required to maintain safety under the CPHO’s recommendations. Most schools anticipate being unable to complete and implement the rigorous risk management plans needed to reopen prior to the end of the school year.”

The release adds the department of Education, Culture and Employment has resources for students learning at home. Leaders say they will take the summer to prepare for the next school year and have proper exposure mitigation measures in place for the fall.

Below is a previous version of this story before education leaders announced their decision to keep schools closed.

“Yesterday’s announcement was the first time school boards had heard anything different,” it reads. “We understand that many people — including staff, students, parents/guardians and stakeholders — were likely surprised by this development.”

On March 25, R.J. Simpson, minister of education, culture and employment, recommended all schools remain closed for the rest of the academic year.

During a news conference Wednesday afternoon, CKLB asked Dr. Kandola who her office consulted in making the decision to allow schools to re-open.

Dr. Kandola said her office assessed various types of services and determined the risk associated with each. She added that current data shows children and youth are less vulnerable to COVID-19 — fewer than 5 per cent of cases in Canada are minors and there have been no deaths so far.

She did not say if her office had consulted anyone before allowing schools to re-open.

Technically, schools could be allowed to re-open as early as Friday, May 15, if there are no confirmed cases before then.

Dr. Kandola acknowledged schools would not open that quickly as they have to submit a risk mitigation plan to her office for review. The plans include measures like implementing social distancing, proper disinfection practices, having protective equipment and even building physical barriers.

Ultimately, the decision to re-open is up to the school boards.

The reversal of that decision also surprised a handful of regular MLAs during a committee meeting on Wednesday morning, as first reported by NNSL.

Monfwi MLA Jackson Lafferty said there was a lack of communication between the territorial government and school boards.

“Teachers and parents were obviously shocked,” he said, “that the school could be open.”

Nunakput MLA Jackie Jacobson questioned the decision when there is so little time left in the academic year.

“We should be staying the course instead of opening up schools and (students) are not going to get into a routine,” he said.

Dr. Kandola said she expects cases to rise in the fall once people start spending more time indoors again. “What better time to open a school and practice mitigation measures now when we are in kind of a bubble, where we have no spread, good containment,” she said.

Thebacha MLA Frieda Martselos supported the decision. She said no one is forcing parents to send their kids back to school even if they were open.

During the committee meeting, Dr. Kandola added that schools also offer a refuge for children at risk and food programs for those in need.

Confirmed case of COVID-19 at worksite near Gahcho Kué


Health officials say there is no risk of transmission to NWT communities.