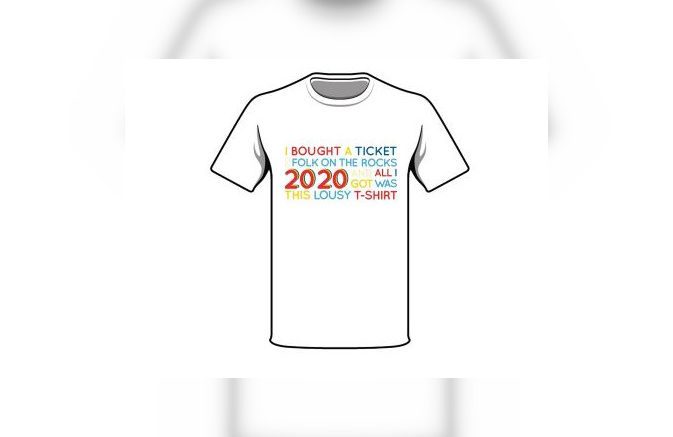 (Photo courtesy of Folk On The Rocks.)

Those who donated their refund to Folk On The Rocks music festival will get a t-shirt to prove it.

Organizers say they have received financial support from the community despite the festival being postponed because of the COVID-19 pandemic.

According to a news release, the postponed 40th-anniversary festival has received $8,751.22 in donations and organizers say they are so grateful to those who elected to donate the value of their ticket back to the festival instead of a refund.

“The entire team at Folk On The Rocks is beyond grateful for the contributions made by our community, especially when they came at a time of financial uncertainty for many,” Frey said.

Erasmus Apparel in Yellowknife has been supporting organizers by selling merchandise and, by popular demand, will be selling shirts designed by Folk On The Rocks until May 21.

“Even with the announcement  that we’d be unable to host Folk On The Rocks this year, so many of our incredible sponsors chose to continue to support us through both cash and in-kind services,” Frey said.

Folk On the Rocks organizers are now planning for the summer, 2021 event to celebrate the festival’s 40th anniversary with a similar talent line-up to the 2020 version.