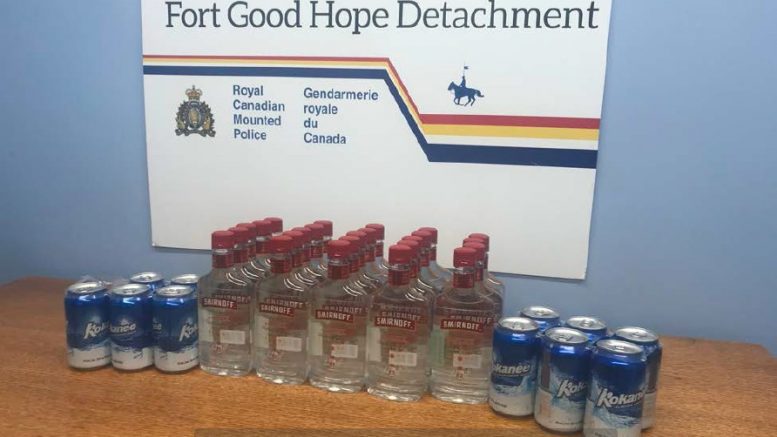 A 34-year-old woman from Fort Good Hope is facing charges after the RCMP stopped her on a snowmobile with an abundance of alcohol destined for the community.

According to an RCMP news release, on Saturday April 11, officers were conducting patrols “when they encountered, around midnight, a woman carrying alcohol in excess as per the NWT Liquor Act.”

The woman driving the snowmobile was in possession of 24 flasks of vodka and a dozen cans of beer which RCMP confiscated.

“The amount of alcohol allowed in the community is determined by the NWT Liquor Act for a variety of reasons, including the prevention of crime related to excessive alcohol consumption. Fort Good Hope RCMP is committed to protecting our most vulnerable citizens as this is not a victimless crime,”  Steve Huff, Detachment Commander of Fort Good Hope RCMP, said in a news release.

The investigation is ongoing.

Anyone in Fort Good Hope who witnesses suspicious activity is asked to call the detachment at 598-1111.

Muskox on the menu in Fort Good Hope