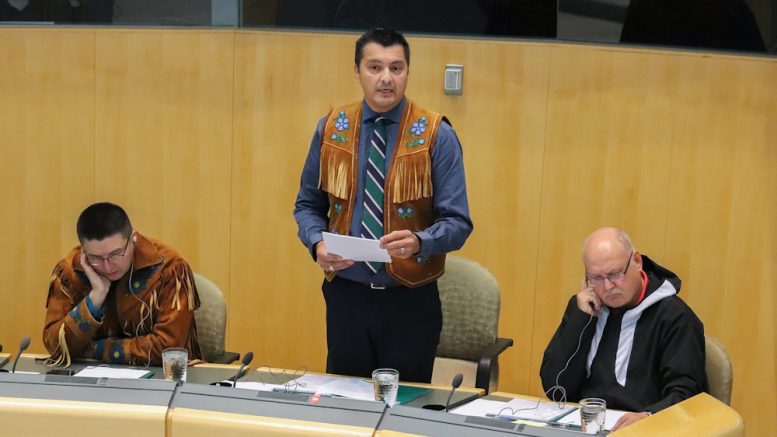 Late in February, he accused Cochrane of breaking the law when dismissing Weegar. He also tabled a legal opinion from law firm Lawson Lundell, which stated only the Minister of Education, Culture, and Employment (ECE) may terminate the president of the college.

The day after tabling the letter, Lafferty asked Blake to issue “sanctions” against the premier “to restore the integrity of the rule of law, and to ensure that we continue to live up to the highest standards, probity, integrity, accountability of our actions as elected officials.”

However, Weegar held a double role as both the college president and associate deputy minister of post-secondary renewal.

The premier has maintained that she was well within her rights to fire Weegar since he held this second position.

Lafferty and Cochrane have effectively been talking past one another as each focuses on only one of Weegar’s roles and conveniently omits the other.

Soon after Lafferty’s accusations, Government House Leader R.J. Simpson (who also happens to be minister of ECE) called out the Monfwi representative, saying he was trying to “create doubt about the integrity of the premier.” He then asked the Speaker to reprimand Lafferty.

On Tuesday, Blake dismissed Lafferty’s request to sanction the premier; the Speaker sided with Simpson and ruled that Lafferty “did cross a line” with his comments about the premier.

He then called on Lafferty to apologize in the House.

However, Lafferty raised a question of privilege to delay the apology.

Lafferty regularly delivers statements and questions in his traditional Tłı̨chǫ language, but there were no Tłı̨chǫ interpreters on Tuesday. Lafferty said it was his right to deliver his response to Blake’s decision in Tłı̨chǫ and asked to postpone that portion of Tuesday’s sitting until interpretation services were available.

Blake accepted to take the request under advisement and postponed the apology.


Aurora College, Collège nordique francophone and the Dechinta Centre for Research and Learning plan to share resources on future projects.