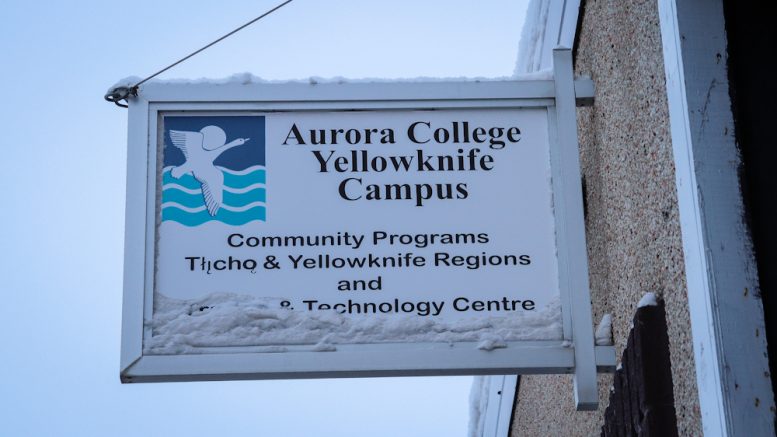 Yellowknife Centre MLA Julie Green said she was just as surprised as everyone else when she heard Dr. Tom Weegar was being replaced as the man in charge of transitioning Aurora College to a polytechnic university.

The territorial government announced his replacement earlier this week.

Dr. Weegar had been in the position for less than a year.

Yesterday was the first day of the Legislative Assembly’s new session, and Green pushed the Premier on the secrecy around Weegar’s departure.

In answering Green’s questions, Premier Caroline Cochrane said she wouldn’t characterize Dr. Weegar’s departure as him “being shown the door.”

However, that’s exactly what Dr. Weegar says happened. In two interviews with local media, he said he was given a notice of termination of employment.

He added that he wasn’t given an explanation when he asked for one.

CKLB asked Green if she had heard of any tension between Dr. Weegar and the government that may have led to a dismissal.

To her knowledge, she said, it looked like “he was getting the job done.”

Prior to Dr. Weegar’s assertions, Education, Culture and Employment Minister R.J. Simpson told Cabin Radio that the former president chose to step down.

In a sit-down interview with CBC, Dr. Weegar said, “I encountered a real strong resistance to change.”

He gave the specific example of hiring a director of Indigenous education.

“I received massive reluctance to that,” said Dr. Weegar.

Earlier this week, the GNWT announced Andy Bevan is taking over Weegar’s role. He is a former assistant deputy minister within the department of education, culture and employment.

He will be serving as both the president of Aurora College and associate deputy minister of postsecondary education renewal.

Both Green and fellow Yellowknife North MLA Rylund Johnson raised the issue of academic freedom and independence now that a former ECE bureaucrat is leading the transition.

Education, Culture, Employment Minister R.J. Simpson told MLAs the government is looking at the possibility of separating the two positions in the future to maintain that independence.