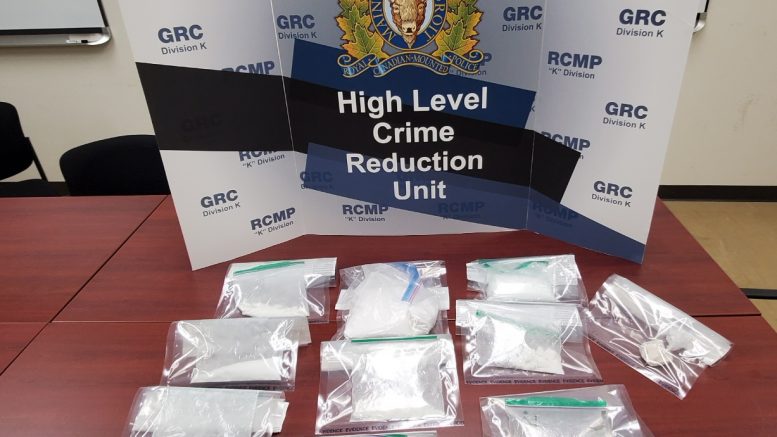 A traffic stop by the High Level RCMP in northern Alberta has led to a Yellowknife man being charged with possession of cocaine for the purpose of trafficking.

On Feb. 19, RCMP say the stopped a vehicle within the town limits of High Level.

Mounties say a man in the vehicle allegedly gave them a false name however, police say they were able to determine his identity and he was arrested on an outstanding warrant.

After a search warrant was obtained for the vehicle police discovered 1.3 kilograms of cocaine, one ounce of Khat, drug paraphernalia and packaging.

RCMP say, “The cocaine seized in this traffic stop represents potentially 13,000 average doses of cocaine. It is believed that these drugs were destined for towns throughout the Northwest Territories, including Yellowknife and Hay River.”

Both males were released on an undertaking with conditions to appear in High Level Provincial Court on April 6.