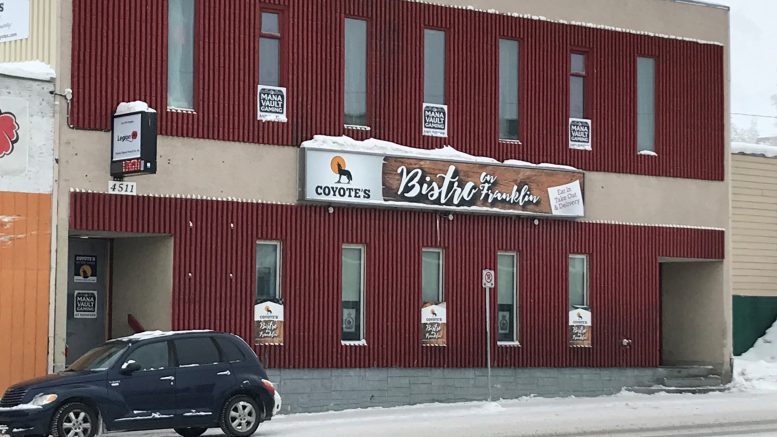 There was an alleged break and enter which occurred on Monday night in Yellowknife which the RCMP is investigating.

According to the RCMP, at approximately 10:07 p.m.,  January 27th, the Yellowknife RCMP received a call for service regarding a break and enter at a building on 50th Street, Coyote’s Bistro and Lounge.

Julie Plourde is the media relations officer for the Northwest Territories RCMP in Yellowknife, NT.

“The RCMP is in the process of collecting evidence and it is too early to say what has been taken from the building at this time,” Plourde said. “Anyone who would have witnessed suspicious activities or persons in the vicinity of 45 Street and 50 Avenue  is asked to contact Yellowknife RCMP at 669-1111.”

Yellowknife RCMP will not conduct internal investigation after officer pulls gun, points it at head of innocent woman