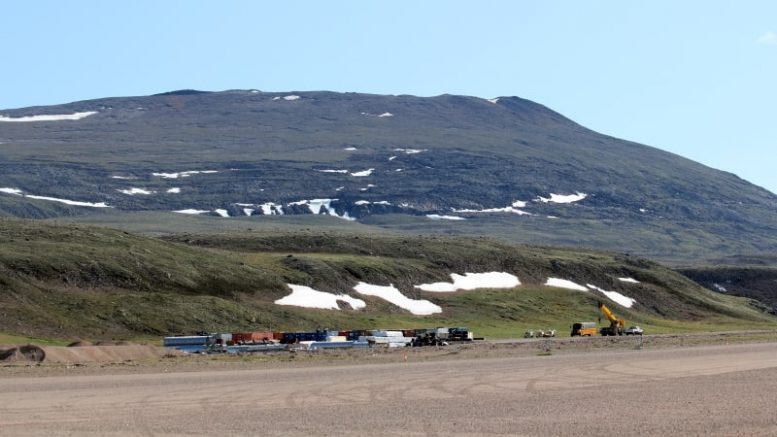 One of the iron ore mountains near the Mary River mine. (Photo by Timkal, retrieved on Wikimedia Commons).

One of the largest mines in Nunavut is facing a series of charges related to the death of a worker on December 16 last year.

Last week, the Workers’ Safety and Compensation Commission filed 16 charges against Baffinland Iron Mines Corporation under the Mine Health and Safety Act.

In a news release, the WSCC says the charges “allege various offences… including failing to supervise, instruct and train as is necessary to protect the health and safety of workers.”

Baffinland owns the Mary River mine near Pond Inlet. The company described the incident as a “single-vehicle accident,” at the time.

According to Nunatsiaq News, the worker was the employee of a Baffinland contractor.

This was the second death at the mine; the first was in 2015 when Michael Levi, 51, of Arctic Bay died as a result of what Baffinland called a “workplace incident”.

The recent charges come on the heels of a hasty cancellation of an impact assessment hearing last month where representatives of various Inuit organizations said there needed to be more consultation with communities before they approved an expansion.

The first court appearance is scheduled for January 9 in Iqaluit.

CPHO: All household members must self-isolate if one person travels


Travel outside the NWT for the holiday season is also being discouraged.