RCMP homicide investigators from Northern Alberta were in Yellowknife Monday interviewing a man and a woman they describe as “persons of interest” in connection with a recent homicide.

RCMP Sgt. Mark Sloan tells CKLB that they have located and interviewed the two people in connection to a homicide in the area of Red Earth Creek, Alberta near Slave Lake between Dec. 2-4.

Sloan said he would not be releasing the names of the two people who he says are currently living in Yellowknife.

They were not taken into custody, Sloan said.

He also did not release the name of the homicide victim or any details surrounding the death.

According to media reports, the RCMP Major Crimes Unit started an investigation after human remains were found on Dec. 4 near the hamlet of Red Earth Creek. 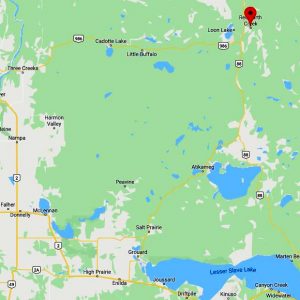 High Prairie RCMP were initially called after the body of a man was found off Highway 88 near Red Earth Creek around 4 p.m. last Wednesday, reports said.
An autopsy conducted on Dec. 6 found the manner of death to be homicide, although police did not reveal how the man died.

On Saturday, RCMP released surveillance photos of a man and woman who they believe are persons of interest.

The photos of them and the vehicle they may have been driving are believed to have been taken Dec. 1 in High Level, Alberta.

CKLB is continuing to follow this story and will provide details once they become available.