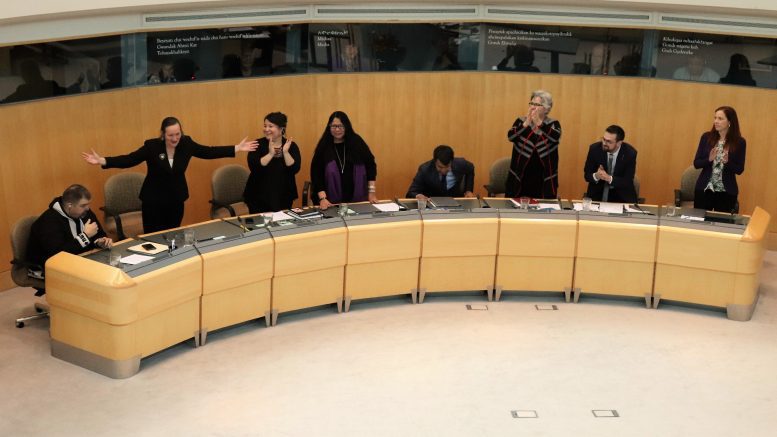 Range Lake MLA Caroline Cochrane thanks her fellow members for electing her as Premier (Francis Tessier-Burns/CKLB).

After three rounds of voting, members of the 19th Assembly have elected the first woman to be Premier since division of the NWT in 1999.

Range Lake MLA Caroline Cochrane will officially become the new premier on Friday through a motion during the first session of the new assembly.

Speaking with reporters shortly after the vote, Cochrane said she is committed to writing mandate letters to her ministers, and will be asking them “to do more than consult, but engage with communities.”

Following the result of the vote, Cochrane said she will work to make the next four years the “most progressive” government the territory has ever seen.

Throughout her bid for Premier, Cochrane consistently said that she wants to meet more with Indigenous governments and groups. She also had some specific proposals like merging the Departments of Lands Municipal and Community Affairs, review the government’s climate change strategic framework  (and create a special climate change cabinet, which would include Indigenous leaders), and a subsidized territorial daycare program, among others.

Many observers expected the Premier to be from a constituency outside of Yellowknife, however this will be the third straight assembly with a leader from the capital.

Cochrane is now the only woman Premier in Canada. 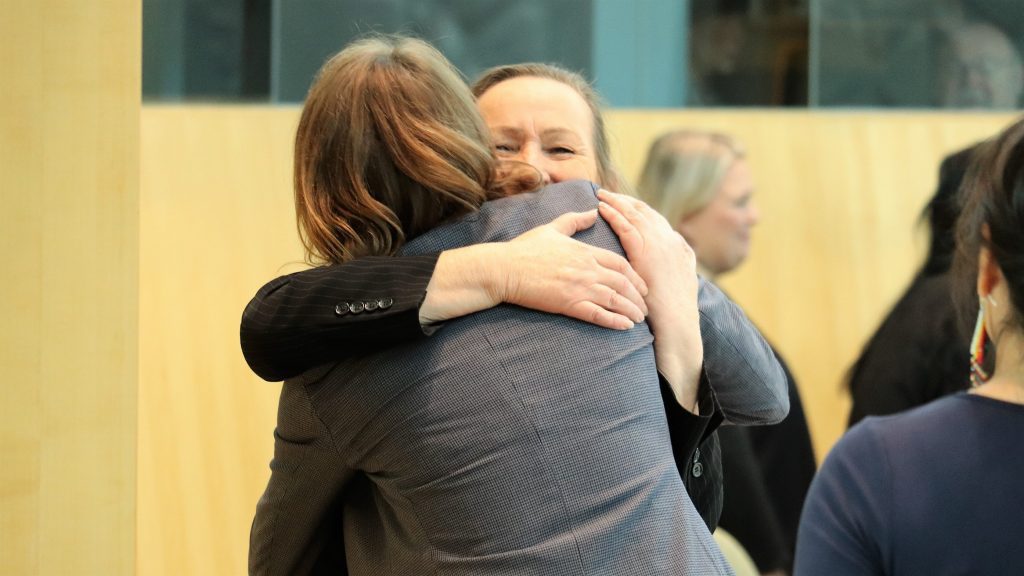 Mackenzie Delta MLA Frederick Blake Jr. was acclaimed as Speaker before the race for premier.

Members will next elect six members to serve on the executive council with the Premier.

So far those standing for election to the executive are: Sahtu MLA Paulie Chinna, Inuvik Boot Lake MLA Diane Thom, and Nunakput MLA Jackie Jacobson. Two of them will represent the northern portion of the territory.

Hay River North MLA R.J. Simpson has put his name forward in the running for one of the two seats representing the southern region of the NWT on cabinet, along with Nahendeh MLA Shane Thompson, and Dehcho MLA Ronald Bonnetrouge.

Jackson Lafferty was the only Premier candidate that didn’t put their name forward for a cabinet spot. In fact, he left the proceedings following the result of the vote.

The votes for the executive council are also being live streamed on the Legislative Assembly website and social media pages.

Conservatives open call for nominations in the NWT, Greens have a two candidate race