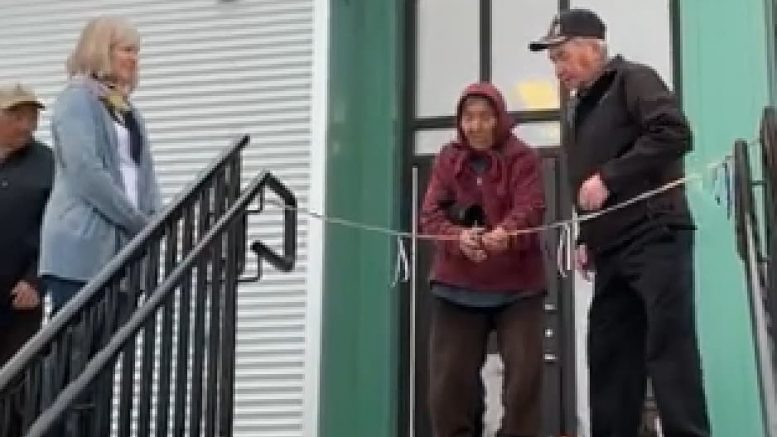 Community members in Sambaa K’e gathered yesterday for the official ribbon cutting to re-open the newly renovated Charles Tetcho School. Mary Deneron, one of the community’s oldest elders did the honours of cutting the moose hide string alongside Chief Dolphus Jumbo. Deneron is the niece of the elder, who the school is named after.

While poor weather prevented GNWT and school district members from attending the celebration on Tuesday, Nahendeh MLA Shane Thompson says it was good to see the project get completed, along with the new health centre.

“Over the last four years there has been renovations to their school. Sambaa K’e is one of the fastest growing communities in the NWT, so we’ve seen two additional projects happening to see make life better in the community. Between 6-8 million dollars was invested to renovate the school and replace their health cabin. I want to congratulate Chief Jumbo and his council for seeing these projects get done,” Thompson told CKLB.

The school is a hub for the community, the gym serves the school and the community as it’s gathering place for drum dances, funerals, feasts and recreation activities. Sambaa K’e was previously known as Trout Lake. It changed its name officially to the Dene name in 2016.


Local filmmakers will have their films screened at the event on Monday.