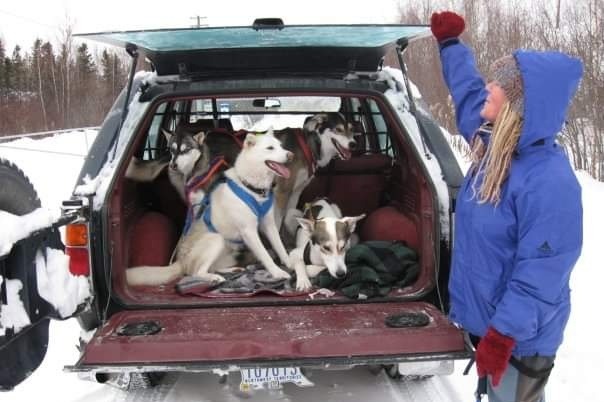 Photo of Maria Eckland and her dogs courtesy of GoFundMe/Facebook

A GoFundMe page has been set up for the victim of a house fire in Yellowknife on Wednesday evening.

Maria Ecklund has now been identified on social media as the woman who was medevaced to Edmonton with serious injuries after her cabin on Drybones Drive in Kam Lake burned.

Two of her beloved dogs perished in the fire and posts indicate she lost all of her belongings.

On the GoFundMe page, Maria is described as a longtime resident of Yellowknife, who has for years shown compassion to animals through her work as an animal health technician and is notorious for skijouring with teams of rescue dogs.

“Maria has a long road ahead and will need all the support she can get,” the post reads.

Ecklund’s home was located behind the Arctic Farmer Nursery.

The business has also posted on its Facebook page.

“We are imploring the good folks of Yellowknife to, once again and forever, dig deep. We will be accepting donations at our OPEN HOUSE this Saturday. Anything from gift cards/certificates to monetary donations,” it states. “We are also able to accept email transfers. At this point we will not be collecting clothing, furniture or anything of that nature. Sheila Arychuk is offering to pick up donations from those of you unable to make it for the open house or any time after that. Arychuks@ssimicro.com 1-867-446-3542
Update: Maria is in Edmonton on her road to recovery.
Thank you all in advance. Hope to see many friends this Saturday,” 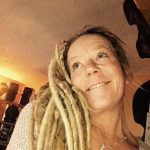 You can link to the fundraising page at donate to a GoFundMe page.

The cause of the fire remains under investigation.