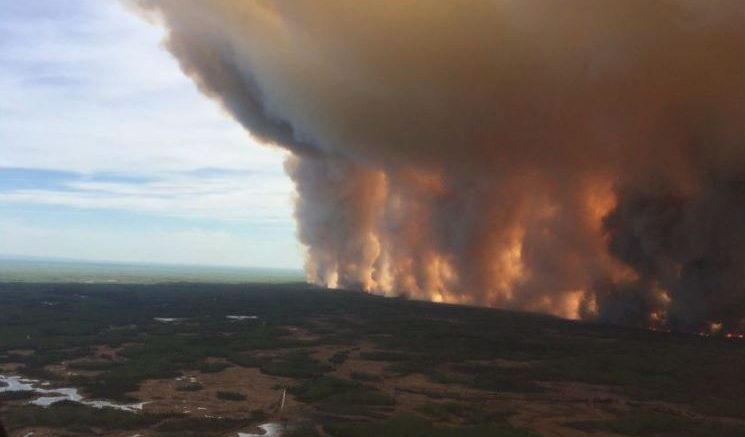 Image courtesy of Alberta Ministry of Environment and Parks.

Blazing fires at Steen River, AB have burnt down a railway bridge, extending delays for supplies coming into the Northwest Territories.

While the Enterprise to High Level highway is closed to regular motorists, the minister said “essential goods” are currently being escorted through when safe to do so.

Wally Schumann, minister of infrastructure, said his department is also looking at alternatives to bring in fuel to the territory.

According to Schumann, the fuel supplier has already sent trucks around via the Fort Liard highway and could be arriving in Hay River today.

That trip is nearly double the distance. Of course, that means likely additional costs.

Hay River North MLA RJ Simpson asked about the financial impact of the highway and rail closure but the minister couldn’t say what those would be.

The GNWT has also advanced it’s barge schedule this year.

Minister says he doesn’t foresee any fuel shipping delays due to the fire at this point.

Finally, the GNWT has started sending down firefighters.

The minister says it’ll be sending up to 20 firefighters at a time on two-week rotations to assist in controlling the Alberta fires.

One building destroyed by structure fire in Inuvik