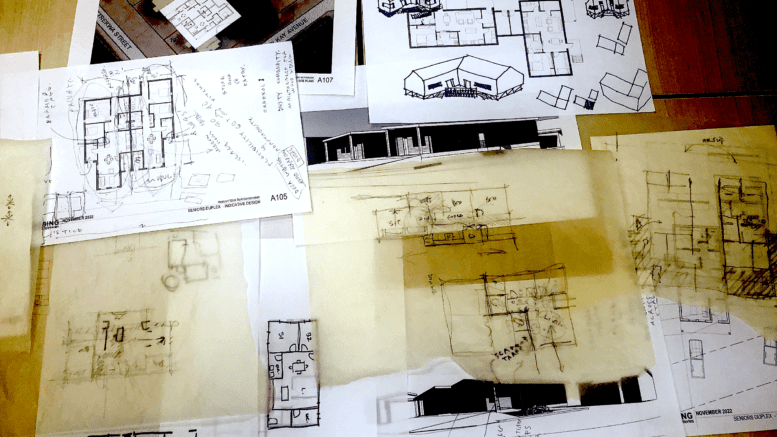 An advisory council has been formed to better guide, Housing NWT on the development of five new seniors duplexes. (Photo courtesy of Tami Johnson)

After years of client dissatisfaction and lack of foresight in the production of public units, five new seniors’ duplexes are set to be built with culture in mind, according to Housing NWT.

Eleanor Young is the President and CEO of Housing NWT and she says, “We haven’t done a great job in designing stuff that works for seniors on the ground.”

With that, Housing NWT has put together a seniors’ council with about a dozen members from Fort McPherson, Fort Simpson, Fort Resolution, Tulita and Behchokǫ̀ to contribute to the conversation. 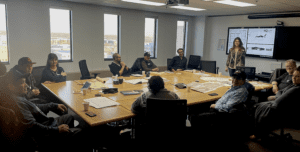 “These were the communities, where we did have a need, that we would be able to easily find clients to put in these units,” says Young.

She says one of the biggest asks when it comes to designing these units has been food preservation: Things like having enough space for a large freezer to store country foods, putting up a teepee or smoke shed, and access to a covered porch for further storage.

Robert Greenland is on the Fort McPherson band council and is part of this collaboration.

“It was something new,” he says, “and I was pretty happy as part of it.”

“This was a good experience,” he adds.

Greenland and the other members were shown four possible designs to choose from.

“They’re all pretty small,” he says. “It’s hard for families.”

Each duplex will now contain two units: Each unit will be 95 square metres, with two bedrooms and one bathroom, says Tami Johnson, communications manager for Housing NWT.

“Having two bedrooms in the home allows for a carer, grandchild or other family member to stay in the unit. Alternatively, the second bedroom could be used as a crafts room,” she adds.

Although Greenland appreciates the improvements, he stresses that the lack of housing is still the greatest issue: Currently, 135 seniors in the territory are awaiting public housing.

Most Elders, says Greenland, lived on the land, and in order to sustain their way of life, need more space to work with country foods.

Another goal is to avoid having seniors leave their homes and move to regional centres, ultimately leaving their families.

Housing NWT says it’s on track to build 100 new units by the end of this government’s life span this fall.

Housing NWT will also be responsible for operating and maintaining the units.

Construction of these units is set for March 2023 with full occupancy by March 2024.