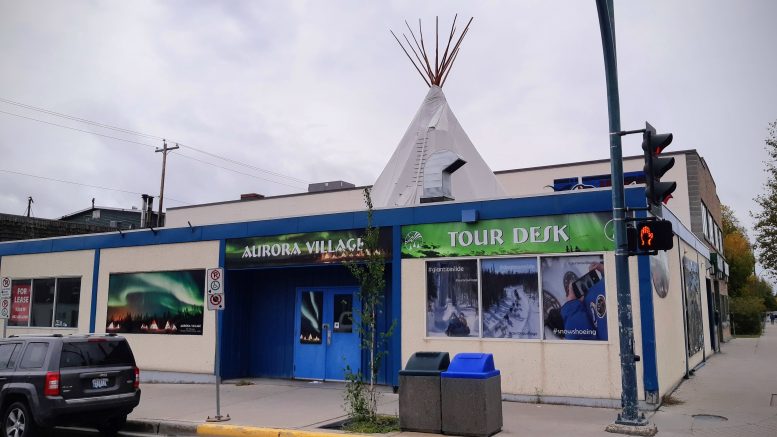 The territorial government has proposed using the Aurora Village office building as a temporary day shelter over the winter. (File photo/CKLB)

The territorial government has proposed a new location for a temporary day shelter, but staffing, capacity and opening date are still up in the air.

On Monday, Julie Green, minister of Health and Social Services (HSS), sent an open letter to media saying the department wants to use the former Aurora Village office as a day shelter over the winter.

In her letter, she urged Yellowknife residents to support the proposal.

Four to six weeks away — if all goes well

In August, the territorial government put out a call for the public to suggest locations for a temporary day shelter.

Jeremy Bird, HSS spokesperson, says the owners of the Aurora Village office location offered to move to provide the space and “accommodate this urgent need in our community.”

In her letter, Green said her department hopes to open the shelter “as soon as possible”; she’s also said a new location is four to six weeks away.

CKLB asked if this was still the department’s timeframe.

Bird confirmed this was still the case if no one appeals the temporary use license that needs to be issued by the city.

“The reality is that these timelines are somewhat dependent on the support of the community and Yellowknife City Council,” said Bird.

A brochure sent with Green’s letter reads, “An appeal filed by a YK resident or business could delay the shelter opening by weeks or months, and City Council could technically deny the proposed project location outright.”

Miscommunication and the appeal process led to the closure of homeless services earlier this year at Aspen Apartments.

Bird said HSS has previously been criticized for only engaging through the city’s development process.

“This time around we wanted to set the tone early to let neighbouring residents and businesses – and the broader community – know we want to work collaboratively to make this location work for everyone,” he wrote in an email.

But Cabin Radio has reported the approach has still upset some residents.

“We need community members to support this work, and if they don’t, to talk with us about their concerns instead of filing an appeal,” said Bird.

He added there would be an upcoming public online session to answer residents’ questions.

In her letter, Green lays out the decision to use this location, including size and proximity to other services.

Green writes the temporary day shelter has to be within walking distance of overnight accommodations like the sobering centre or Salvation Army.

Shelter staff, she says, can also help people access health care, mental health and other services, which are mostly downtown.

The ongoing outbreak among people experiencing homelessness is an additional concern as those that test positive need to be near isolation centres.

However, not everyone agrees that a downtown location is best.

Kyle Tuktimak is a regular user of the downtown shelter. He previously told CKLB he would have preferred the additional temporary shelter to have been outside of Yellowknife to be closer to the land.

In a previous response, Bird told CKLB that other users have told the government they prefer a downtown location.

Capacity is another factor; the day shelter and sobering centre have been operating at reduced capacity for more than a year.

In her letter, Green says the proposed location can accommodate 60 people. However, it’s not clear whether this is with COVID-19 protocols in place.

“The facility’s final capacity will be dependent on a few factors (the operational configuration, fire marshal requirements, permitting, current COVID-19 restrictions, etc.),” said Bird. “As we progress along the permitting process, we’ll have a better idea about what the final operating capacity of the building will be.”

Another state of emergency?

Green wrote in her letter that consultation, permitting and opening must all happen by the end of October “to welcome people in from the cold… into safety.”

As shown above, that’s no guarantee. But there’s always the last resort of calling a state of emergency — again.

Last year, Paulie Chinna, the minister of Municipal and Community Affairs (MACA) at the time, declared a state of emergency in Yellowknife to take over the Mine Rescue Building as a temporary shelter.

“The Department of Health and Social Services is doing everything possible to prevent the need for the GNWT to repeat last year’s necessary, but unfortunate, measures,” said Bird.

“Evoking a State of Emergency is not something the GNWT takes lightly,” said Jay Boast, MACA spokesperson, in an email. “The GNWT is hoping to avoid using this measure again but may do so if it believes it is necessary to protect the health, safety, wellbeing, and ultimately the lives of its residents.”

Bird said the government’s focus was to garner support from the community and proceed through permitting.

But if that doesn’t happen?

“This location is our last resort and (there) are simply no other options left to explore. If we encounter resistance during this current permit application, we do not have any other options to deliver additional day sheltering services in Yellowknife.”