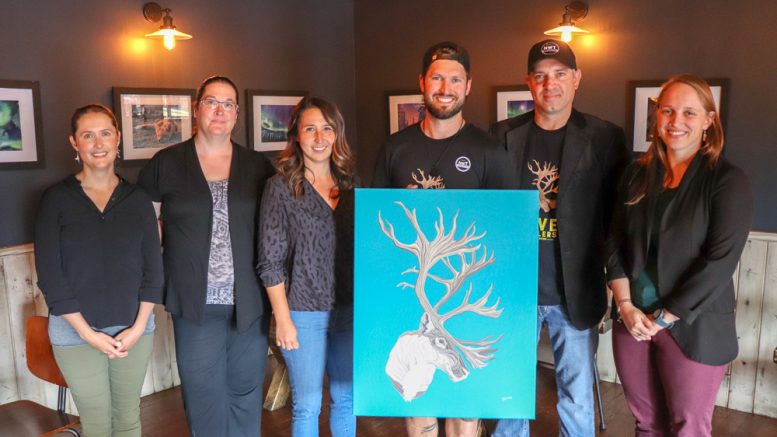 The Conference of Management Authorities (CMA) wanted some new ideas to try and promote conservation in the Northwest Territories.

It settled on a new beer in partnership with NWT Brewing Co. called Five Antlers Ale to highlight caribou conservation.

The CMA is made up of wildlife co-management boards, including Indigenous renewable resource boards, as well as federal and territorial government representatives.

Jody Pellissey, CMA chair, says the new beer is part of a larger effort to raise awareness about the Species at Risk program and make information more accessible to the public.

But that awareness will be limited to Yellowknife for the time being as that’s the only place it will be available to purchase. Mel Leonard, the brewery’s marketing and communications manager, says it will be primarily available at Folk on the Rocks.

Five Antlers is the brewery’s first beer available in cans. While there are plans to expand sales beyond Yellowknife, there’s no solid timeline for when that will happen, according to Leonard.

“We are not opposed to a second run, and likely because of the marketing push for this beer that it makes sense to brew it again,” he adds. 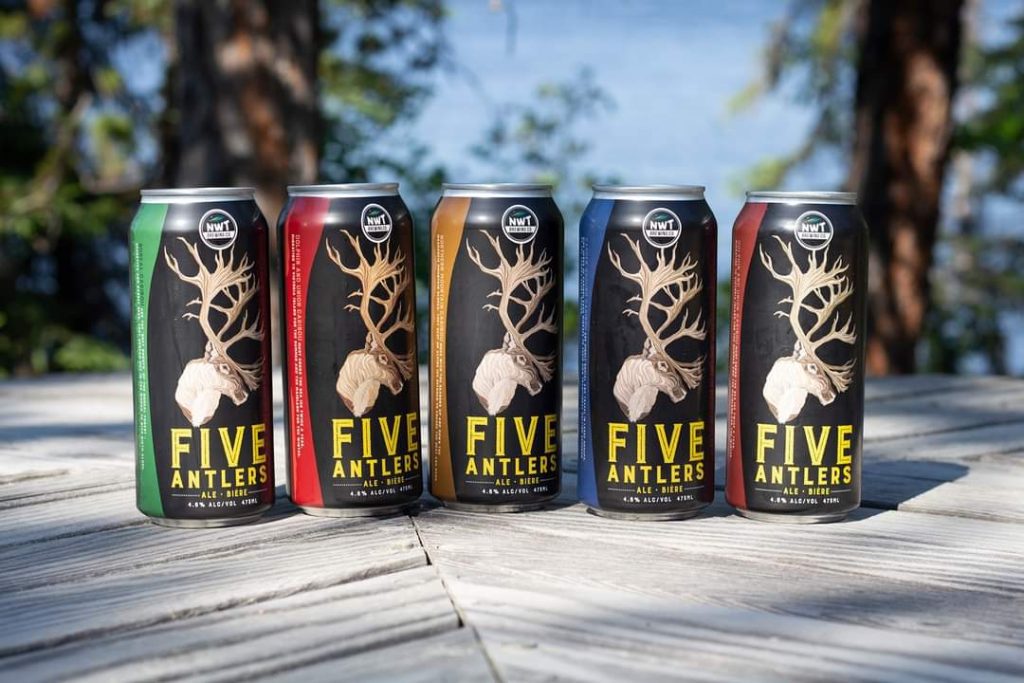 There are five different cans, each highlighting one of the five caribou ecotypes in the NWT. (Photo courtesy of Mel Leonard)

When the CMA approached the brewery with the idea, “We were super pumped with what they wanted to do,” says Leonard. “To try to develop a beer that fit the style and mood of the awareness campaign was a fun challenge.”

The brewery will also be donating a portion of the sales to a conservation organization, but how much and to whom has not yet been decided. Leonard says the brewery will be evaluating recommendations on recipients from the CMA, but expects the donation to happen by the end of the summer. Pellissey says no organizations have been proposed so far.

CKLB asked both Pellissey and Leonard if there were any concerns around using alcohol as a promotional tool.

“The conference is aware and respectful that there are sensitivities associated with alcohol in the NWT… But overall, there was support by all the members in trying out this campaign as a unique promotional activity.”

She added, “If there wasn’t a general consensus, I don’t expect we would have carried forward and gotten to the place where we’re at today.”

Leonard said it’s been a “great” collaboration between the CMA and the brewery to share the message around conservation.

“I don’t have any misgivings about the fact that it’s alcohol sales, especially considering some proceeds are going towards a good cause,” he said. “It’s a tough one, but in the end, I think awareness is the primary goal.”

Yellowknife artist Robbie Craig designed the beer’s main logo. There are five different cans, each highlighting one of the five caribou ecotypes in the NWT. The partners also launched a website with more information on caribou.

Disclaimer: The writer’s partner sits on the CMA.