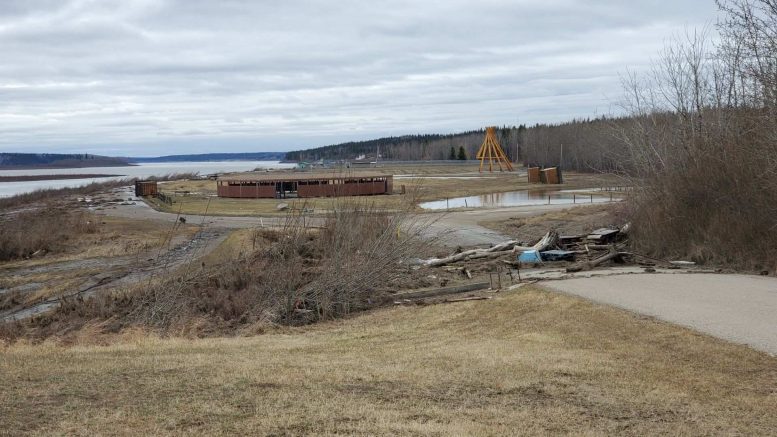 After eight days of uncertainty, the water levels in Fort Simpson appear to be receding.

“We need to look at how we can rebuild our community,” he says.

The flooding fluctuated throughout the week, surpassing 16 metres at one point. But on Sunday a post on Facebook said it had receded to under 10 metres.

Mayor Sean Whelly says everyone is allowed to return to the island.

Another Facebook post says it may still be several days before the water, power and sewage is restored. Additionally, Mackenzie Dr. is closed to vehicle traffic indefinitely as staff determine the integrity of the road. 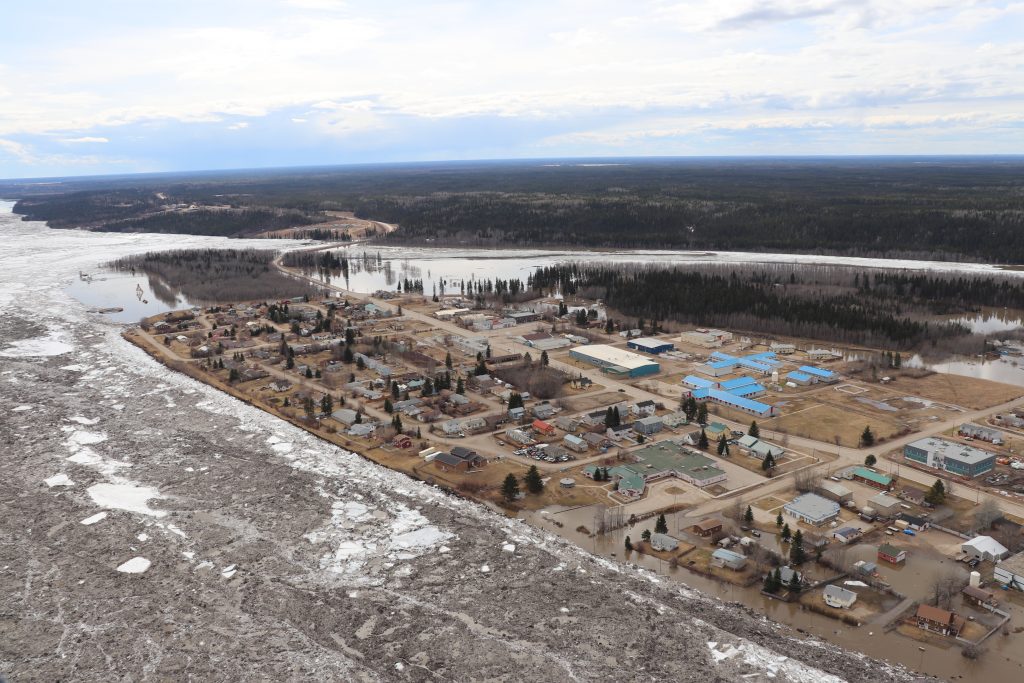 An aerial view of the flooding on Wednesday. (Photo by Luke Carroll/ CKLB.)

Residents were evacuated once water levels hit 15 metres; some were able to find accommodation in other communities, others stayed with friends who lived on the higher mainland, while many stayed in a tent city that was established.

The Canadian Rangers were called into assist the community members.

Our government will always be there to protect Canadians through any type of emergency. We have approved a request for assistance from the Northwest Territories. @CanadianForces Rangers will assist communities impacted by or at-risk of floods.

It is unclear at this point what the level of damage is, but numerous community members have told CKLB it is expected to be extensive.

This story will be updated.


Our Northern Rivers is published in Chipewyan, South Slavey and Cree, alongside English.