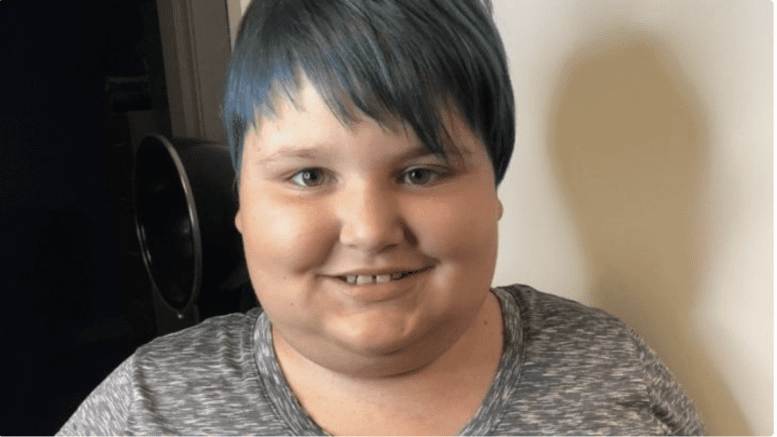 The family of an 11-year-old girl with a rare blood disease has begun a social media campaign to raise awareness and provide updates on their daughter’s illness.

She was happy and full of energy, says Mike Cooper, Katie’s father “until all this happened.”

In early January, Katie June Cooper was diagnosed with aplastic anemia — a disease that stops her body from producing red and white blood cells, and platelets.

“I never show fear in my eyes, even though inside I’m terrified,” says Lara Cooper, Katie’s mother. “It’s very hard to see your child like that.” 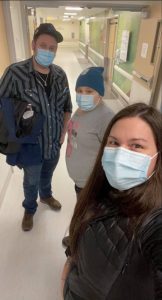 Communities across the North and beyond have come together to show their support through donations or words of encouragement over social media.

Roshan Nelson, Katie’s great aunt, created a Facebook page so Katie can see the level of outreach and encouragement from everybody. Some of Katie’s favourite posts are the photos of puppies.

The Courage for Katie June Facebook page, has over 700 members and counting, with the GoFundMe page nearing its goal of $15,000.

“People don’t have a lot of money, but they always find a way to help others,” says Katie’s grandma, Lorna.

She adds it’s in these types of situations when “you’re very thankful that you’re from a small community.”

Katie and her mother are members of the North Slave Métis Alliance, while her father’s side of the family owns a well-known barging company in the community of Fort Simpson.

The outpouring of love and support online has been “overwhelming in a good way,” says Lara. “It brings tears to my eyes just thinking about it . . . and it takes a lot of our anxiety away.”

Lara began noticing behaviour that “didn’t seem right” around late December — Katie was lethargic and had no appetite. 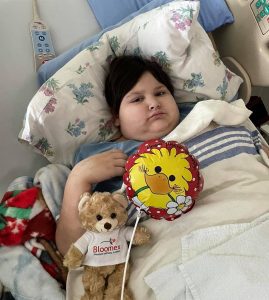 Communities across the North and beyond have come together to show their support for Katie June. (Photo courtesy of Lara Cooper)

Katie was originally diagnosed with a bladder infection, but there was more to her condition that doctors could not explain.

As her condition worsened, Katie was medevaced from the hospital in Fort Nelson to Vancouver’s B.C. Children’s Hospital in early January.

Doctors are still unsure of the cause of her illness or the full extent of her treatment plan, says Lara.

There is a three in a million chance of having aplastic anemia, says Dr. Kirk Schultz, Oncology and Hematology specialist for the B.C. Children’s Hospital.

But over the years he says he’s noticed an increase in patients with this disease. Children often do better than adults and have less of a chance of it developing into leukemia, he adds.

Dr. Schultz describes it as an “unusual disease”, which can be fatal if not treated properly.

“The only option you have is to do a bone marrow transplant,” he says.

Katie has undergone several blood transfusions, which could make finding a bone marrow donor that much more difficult because of an increase in foreign antigens in her bloodstream.

Katie’s parents have already tested negative. Now they’re waiting to see if her two brothers are a match.

“It’s extremely hard on all of us,” says Lara, “I feel like I’m running on pure adrenaline.”

The Cooper family has had to leave their two younger sons behind and put work on-hold, in order to care for Katie full-time.

At this point, the Coopers don’t know how long they will need to stay at the hospital; Lara believes it’ll be at least three months.

Treaty 11 celebrations kick off in LKFN