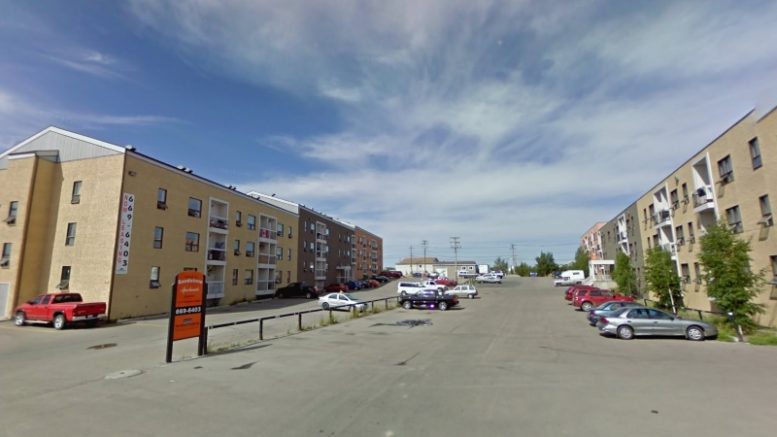 An image of Sandstone Apartments retrieved from Google Maps.

Yellowknife RCMP is looking for two men involved in an alleged break and enter.

“A weapon was allegedly used in the event, however there were no injuries,” according to a police news release.

RCMp say the event took place at a “multi-residential building” in Yellowknife on Thursday about 6 p.m.

While the release did not name the building, several social media posts have said there was a heavy police presence in the area of Sandstone Apartments on Range Lake Rd.

“A perimeter was established around the building as a precaution to ensure public safety in an evolving incident,” reads the release.

Despite the “multiple RCMP” that were on the scene, police have no description of the two men allegedly involved in the incident.

“The investigation is ongoing, however at this time, there is no risk to the general public as the individuals involved are believed to be known to one another,” says the release.