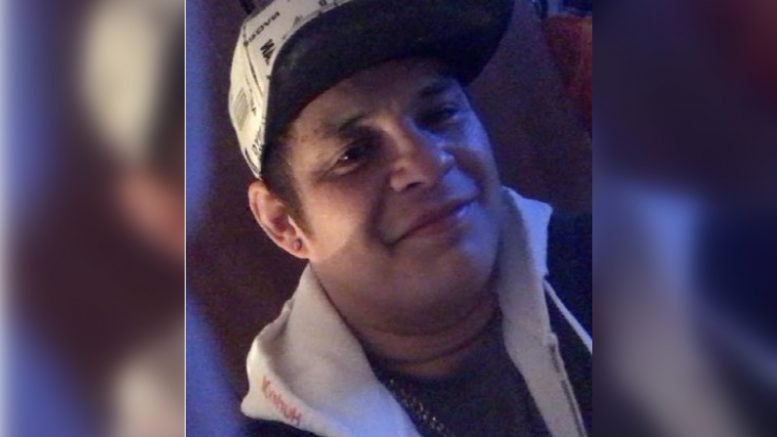 Steven Theriault was sentenced to six and a half years for driving the vehicle that crashed on Highway 3 on April 22, killing one young woman. (Photo courtesy of RCMP).

Steven Ronald Theriault will be spending the next four years and three months in prison for a fatal collision that took the life of a 21-year-old mother.

He was sentenced to six and a half years for the incident, but had approximately 15 months removed from his sentence for time served.

On April 22, 2020, Theriault, 44 at the time, drove a borrowed vehicle up to 192 km/h without a license, while drinking — he had also smoked crack cocaine earlier that day. There were four passengers aboard.

Theriault lost control of the vehicle approximately 15 minutes outside of Behchokǫ̀, the vehicle traveled around 120 meters off the road before resting upside down.

As a result of the crash, Florriane Rabesca, Theriault’s girlfriend, died from blunt force trauma, while her bestfriend Laurie Lynn Gargan was seriously injured.

When given the chance to address the court, Theriault spoke quietly and quickly, but apologized to the family sitting in the gallery.

“Sorry to the family… That this has happened,” he said staring straight ahead.

He pled guilty to four counts related to dangerous driving and failing to remain at the scene of an accident.

Crown prosecutor Angie Paquin detailed the events after the collision on Wednesday.

After the vehicle flipped, Theriault kicked out the window to escape.

He and a fellow passenger then hitchhiked away from the scene of the accident before fleeing to Edmonton.

A warrant went out for his arrest on April 25.

Jay Bran, Theriault’s attorney said his client doesn’t know why he decided to flee, but he regrets it.

Theriault wasn’t apprehended by police until June 2, after a second warrant and a press release asking for help locating him were issued.

In court on Wednesday, seven victim impact statements were delivered.

“I try to cope without her each day, but it is not an easy task” says Tony Rabesca, Florriane’s father.

He described learning of the loss of his daughter.

“I felt numb,” Tony said, “the first thing in my mind was ‘My beautiful baby.’ ”

As a result of the collision, a five-year-old boy no longer has a mother.

The effect of the incident on Gargan was also discussed in court, by her mother in a victim impact statement and Paquin.

Gargan was taken to a hospital in Edmonton where she had to remain alone for a week due to COVID-19 restrictions. It was there that she found out her best friend had died.

She then had to isolate for two weeks at a hotel in Yellowknife upon returning. Her injuries required she use a wheelchair for several weeks, before moving onto crutches.

A history of dangerous driving

She described two previous dangerous driving convictions for Theriault, one of which is very similar to the current incident. In 2013 while driving in Alberta, Theriault  flipped a vehicle, injuring three passengers. Theriault had his license suspended from the incident.

“He should’ve known better,” Paquin said of the 2020 incident.

She said minutes before the crash near Behchokǫ̀, one of the passengers told the others to “buckle up” due to the speed he was driving.

“Mr. Theriault needs to be held accountable for his actions,” Paquin said, adding he was “blatantly disregarding the life of his passengers and his own life.”

The defence recommended Theriault serve between four-and-a-half to five years.

Bran argued that nothing can be done to take away the pain an anguish being felt by the family, but added Theriault is not beyond rehabilitation.

Theriault has pleaded guilty, which Bran says saved the witnesses from having to recount the horrific incident.

He said Theriault “takes full responsibility of being the driver.”

Bran discussed Theriault’s struggle with addiction which was a factor in the incident.

Justice Shannon Smallwood delivered her decision on Thursday at the Yellowknife Courthouse.

“Florriane was well loved,” Smallwood said, “I recognize no sentence… Could ever be enough.”

Justice Smallwood said the fact that Theriault hasn’t acknowledged that the speed and substances were factors in the crash shows he doesn’t recognize his conduct. He blamed road conditions for the incident.

Smallwood issued Theriault a lifetime driving prohibition as a result of his multiple dangerous driving convictions.

She said her sentence took into account Theriault’s Indigenous background and the fact he pled guilty.

Remote communities first to receive vaccines for all eligible adults


Vaccines for the general population will arrive in mid-March.