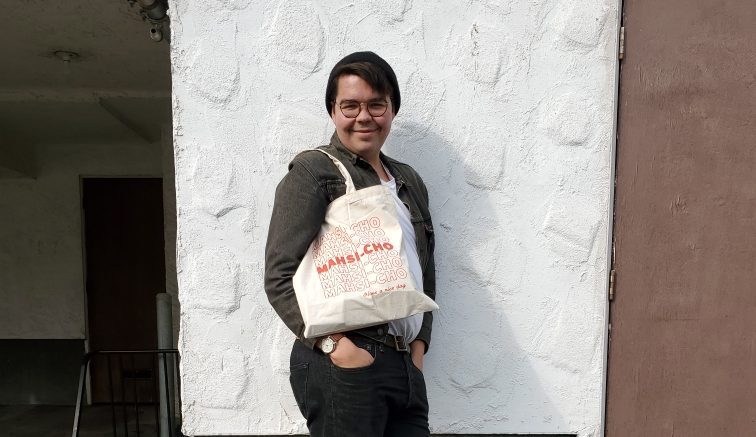 Villebrun-Buracas created a podcast to highlight Indigenous voices and found his along the way.

“It was hard growing up, connecting with my identity was almost something that I felt ashamed of.”

Villebrun-Buracas is a 30-year-old Indigenous creative and now podcaster for CFUV community radio in Victoria, B.C.

After getting laid off from his restaurant job, he says “it led me to think about what I wanted to do with my life.”

With no experience and a little push from friends, Villebrun-Buracas took a chance and applied as an Indigenous media producer for CFUV.

He says radio has been a really big part of his life and he’s always been obsessed with podcasting.

He wants to do more than talk pain, intergenerational trauma and poverty; he’d rather “shake and shatter those, pre-determined concepts that a lot of settlers have of Indigenous people.”

Dene Talk is just as much about the stories and people as it’s an exploration of what being Indigenous means to him.

Villebrun-Buracas says it’s been a challenge as he’s suffered from imposter syndrome, but his friends and family’s support have helped him throughout the process.

Growing up in Calgary and connecting to his identity was difficult, he says.

Villebrun-Buracas didn’t feel like he could be his true self, until he moved to Victoria B.C.

As a Dene man, he says “it has been a journey coming home.”

Born in Yellowknife, Villebrun-Buracas says “the NWT has a special place in my heart.”

Villebrun-Buracas is part of the Kátł’odeeche First Nations and credits his mother for his strong sense of identity.

Dene Talk is a three-part series and is available online here.

Glen Swarnadhipathi, station manager for CFUV says “our mandate as a radio station is to uplift, underrepresented and marginalized voices.”

Swarnadhipathi remembers coming to Canada as a child and having no real influence or teachings of Indigenous culture.

“I wasn’t made aware of indigeneity,” he says “it was all colonized stuff.”

This lack of Indigenous representation in Canadian culture is what led Swarnadhipathi to want to work for a station that supports people like Villebrun-Buracas.

“We’re not only giving Cassidy the platform, but we’re going to give him the keys to the car. And we’re gonna help him drive it.”