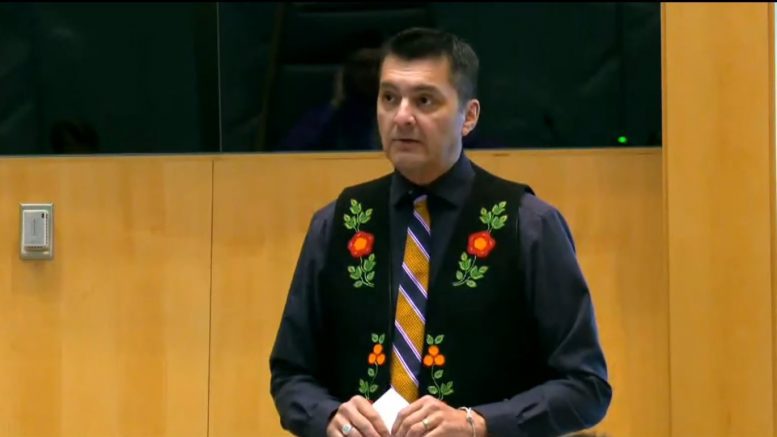 Jackson Lafferty, Monfwi MLA, once again brought up the issue of a new school for Behchokǫ̀.

Behchokǫ̀ residents will need to wait until 2025 for a new school in their community — and that’s if “everything goes smooth.”

But that work is on hold as the territorial government and Tłı̨chǫ Government work out the details of an infrastructure agreement announced last August.

Jackson Lafferty, Monfwi MLA, said that by the time 2025 comes around it’s “going to be well over 30 years since the last renovation, and that school is deteriorating as we speak.”

Lafferty also suggested that ECE send a survey to Behchokǫ̀ residents for input on where to build the new school.

According to Simpson, Tłı̨chǫ leadership have told him they want to build the new structure in Rae. He added that much of his department’s engagement with community members will come once a location is picked.

“There is a lot of community engagement about what that school should look like, right down to the materials that are used,” he said. “Schools are very personal to communities, and so we always want to final product to reflect community desires in that sense.”

But, again, that conversation is still years away as federal government support remains a large question mark.

Despite given OK to open, schools to remain closed for academic year

$10M to get cell coverage from Yellowknife to Behchokǫ̀: Finance minister