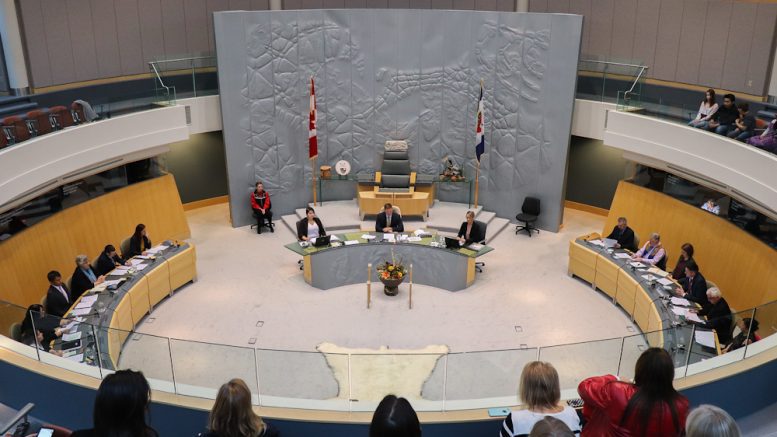 While much of the political banter has been focused on the federal election, the territorial government has been plodding along its transition to the 19th Legislative Assembly. One of the most important decisions the new MLAs will make is coming this week: selecting a new Premier.

Here are the short summaries for each:

Below are the longer ones. 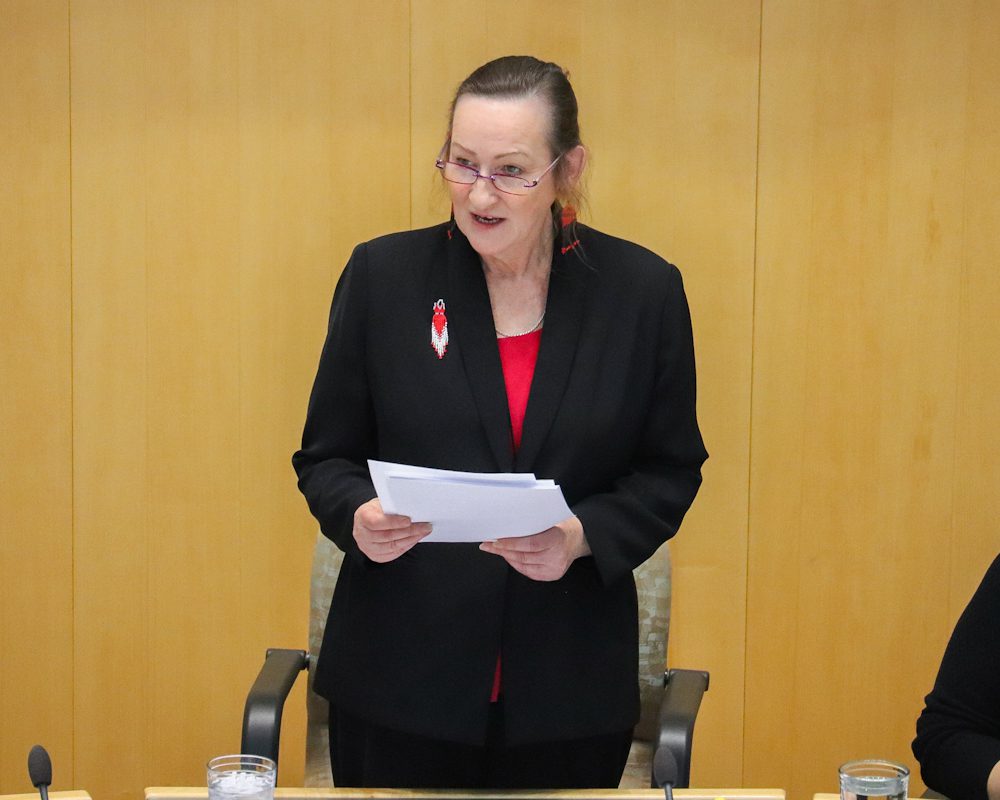 Of all the candidates, Cochrane gave the most specific plan for her leadership: review the government’s climate change strategic framework and create a special climate change cabinet (which would include Indigenous leaders); develop regional economic plans, amalgamate the Departments of Lands and Municipal and Community Affairs, and change Industry, Tourism and Investment to Economic Diversification and Development; and engage Indigenous groups more often to settle land claims and self-government agreements.

Finally for economic development, she proposed creating a federal engagement plan, which would be based on consultation with Indigenous and community governments to streamline the GNWT’s lobbying efforts with the federal government for projects like the Slave Geological Province Corridor, Taltson Hydro Expansion and Mackenzie Valley Highway.

While much of Cochrane’s proposed changes were outward-facing, Simpson looked internally.

His bid for Premier focused on the responsibilities of the role itself. Under his leadership, he said the Premier would be held responsible for the conduct of the ministers and deputy ministers.

“The buck has to stop somewhere,” he said.

He also wants to breakdown the antagonistic attitude between cabinet and regular MLAs that was present in the last assembly, saying he’d meet regularly with regular MLAs to ensure their voice is heard in the house.

Simpson said the government monolith had to do better to reflect issues on the frontlines in its policies and that “bold ideas” should be encouraged instead of stifled. He added that more Indigenous people and women need to be in the upper ranks of the bureaucracy.

Finally, Simpson was the candidate that spoke most about the GNWT needing to re-evaluate its role as more land claims and self-government agreements are signed.

“This is not going to be an easy sell,” he said,” it’s essentially giving up power.” 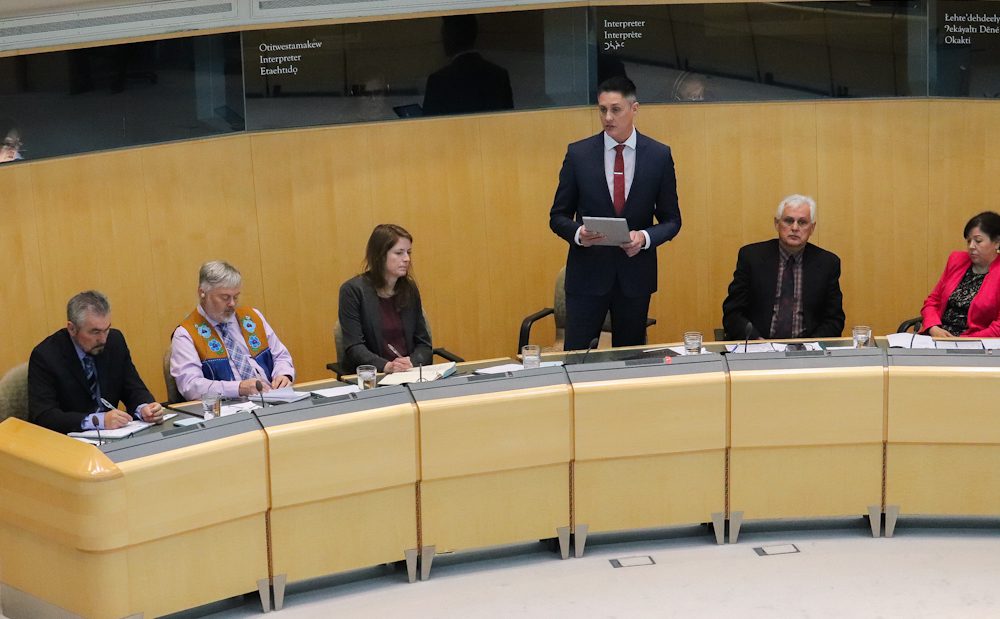 Jackson Lafferty is by far the most experienced candidate for Premier, having been a regular MLA, cabinet member, and Speaker.

He criticized the past cabinet for not having any community representation outside of the regional centres. His central message was to change that under his leadership. here

There would be much more community-involvement with “no northerners left behind.” However, Lafferty wasn’t clear on what he would specifically change to make that happen. He said he was an ally in language revitalization and to find housing solutions, but didn’t say how a government under his leadership would address these issues. 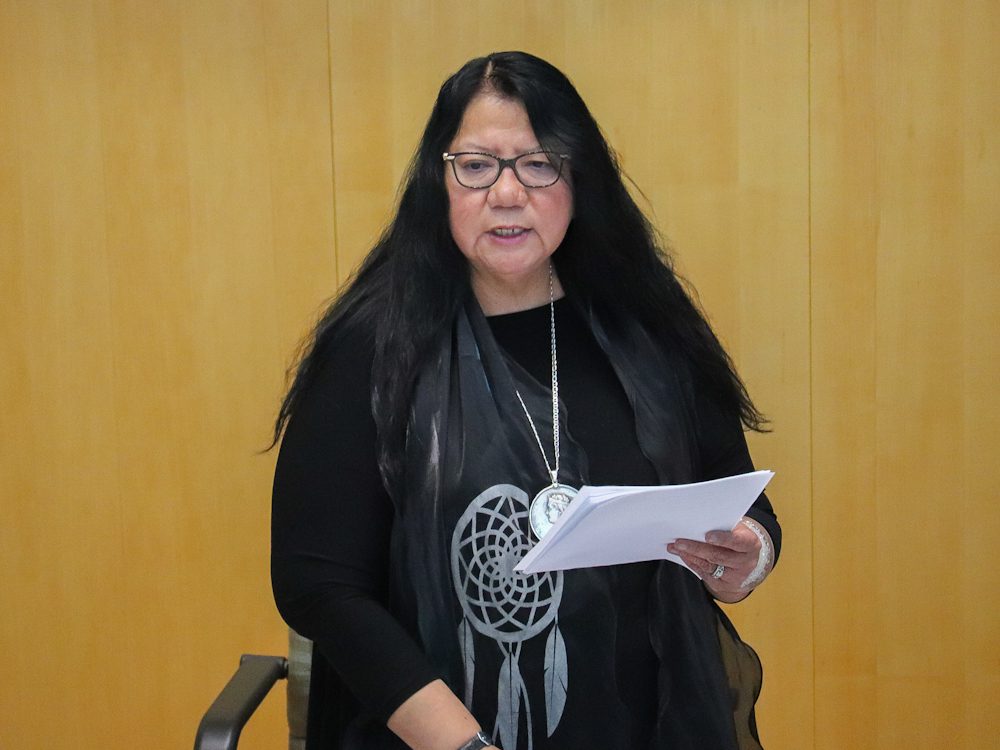 Finally, Martselos said her first priority was to Indigenous people. Like Cochrane, she brought up the need for universal day care in the NWT. She also mentioned needing to improve Child and Family Services.

When it came to housing, she said she’d call for a review of the housing corporation’s mandate, and to move towards home ownership.

She said she’d focus on small businesses including in the conservation economy like eco-tourism and manage the land with Indigenous partners.

Finally, she made a point that she would visit all constituencies as premier and would instruct ministers to do the same.

After the candidates gave their 20-minute speeches, the rest of the MLAs asked questions.

Julie Green, of Yellowknife Centre, asked if the candidates would support adopting the United Nations Declaration on the Rights of Indigenous Peoples (UNDRIP) as a government.

Martselos said yes, and added that she’d want the two reserves in the NWT to be recognized officially by the federal government. Simpson said UNDRIP could bring uncertainty if done by the government alone, so he’d prefer going to Indigenous leaders and “do the work” rather than adopt it in the house. Lafferty had a similar position where he’d want to engage communities before proceeding with adopting UNDRIP at the government level. Finally, Cochrane said she fully supported its adoption, and pushed to include the Truth and Reconciliation Commission findings, as well as those from the Murdered and Missing Indigenous Women and Girls inquiry. 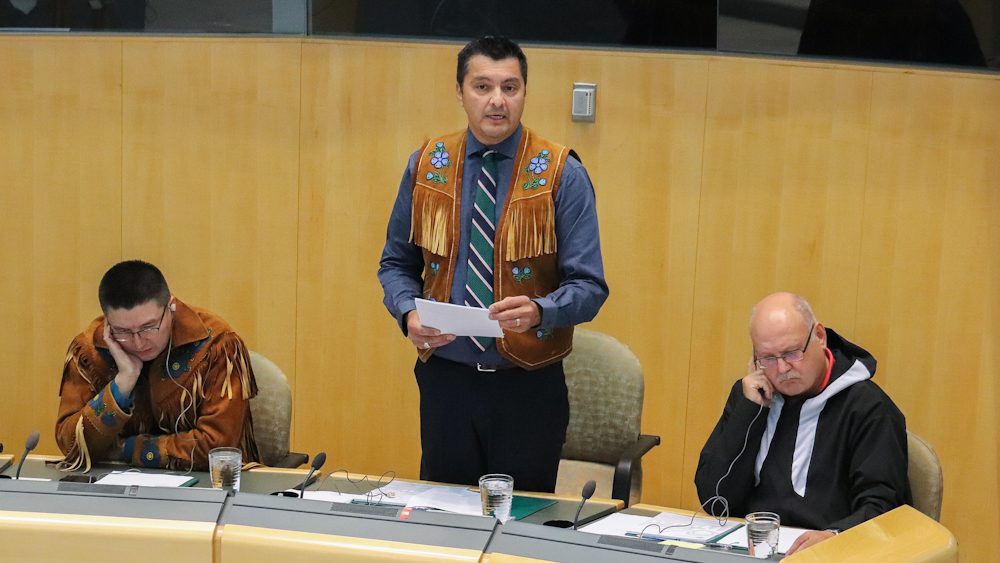 Steve Norn, of Tu Nehdé-Wiilideh, asked for specific commitments from each candidate to settle land claims.

Each candidate gave an answer but may have forgotten the specific part.

Martselos said it was a top priority for her, Simpson said he’d “commit to a different attitude” where “nothing is off the table,” Lafferty said the Premier could sit down with Indigenous leaders and agreed there needed to be a clean slate, and Cochrane said the government had to go out of its way to meet more regularly with Indigenous leaders to re-build relationships.

Residents do not elect the Premier, that job falls squarely on the MLAs. However, there is nothing stopping residents to tell their MLAs who they think would best fit the role.

MLAs have a busy week ahead of them to set the government’s priorities before selecting cabinet, Premier and Speaker on Thursday, October 24. Everything will be made official during the 19th Legislative Assembly’s first session on Friday, October 25.