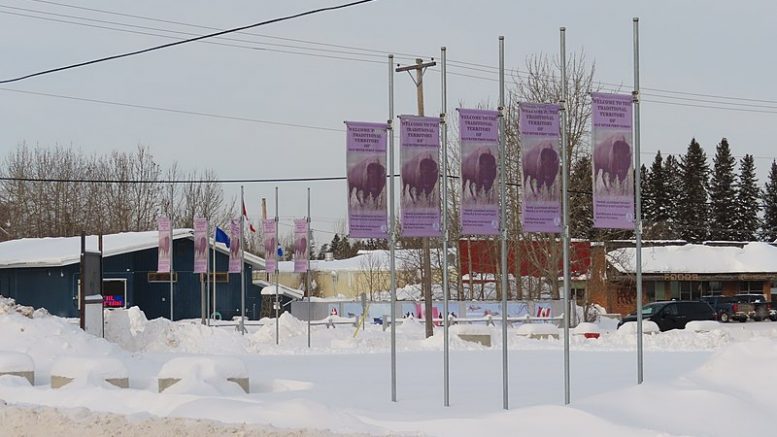 Salt River First Nation Chief David Poitras says a good relationship with the territorial government is beneficial for both parties.

“I think they need us and we need them…. There’s no way around it,” he says.

This comes a day after the SRFN and the Government of the Northwest Territories (GNWT) renewed a memorandum of understanding.

A press release says the agreement creates a framework for the two governments to work together to address concerns. The renewal will last four years.

Housing was a major subject discussed between the two governments.

Chief Poitras says he asked the GNWT to clarify on housing programs run out of the Canada Mortgage and Housing Corporation.

He says it is unclear if the program offers a loan or a grant and he wants to be sure of this before applying.

“It seems like if we go ahead and apply, then we won’t know if it’s going to be a loan or an outright grant.” he says. “So we’re a little bit leery of the whole idea.”

Poitras says he asked someone in the GNWT to clarify this before his community will take advantage of the program.

Another subject discussed was the Salt River First Nation’s interest in designating dog mushing as an Arctic Sport and added back into the 2022 Arctic Winter Games.

There was debate around dropping the sport from the games as in 2018 only a team from the NWT and Alaska competed, as reported by CBC.

However, Poitras says the sport is an important component of Indigenous and northern culture.

“I could just see elders about 200 years ago playing badminton. How does that make sense?” he says with a laugh. “The North was developed on the backs of the dogs.”

If dog mushing is designated as an Arctic Sport, it can’t be dropped from the games, Poitras explains.

The two groups also discussed the United Nations Declaration on the Rights of Indigenous Peoples, COVID-19, addictions among other subjects.