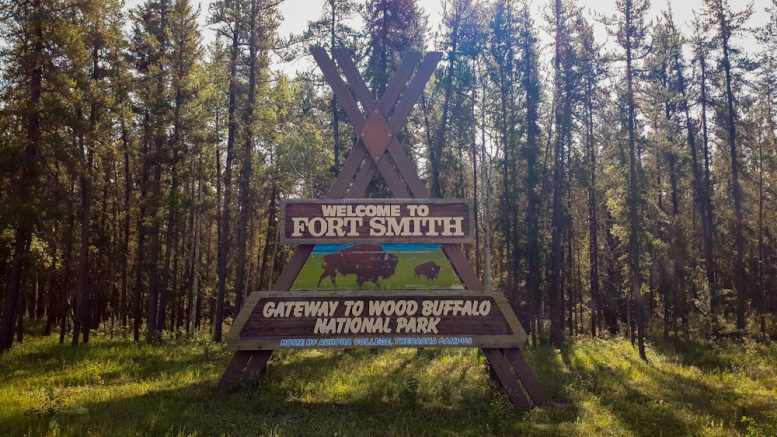 The water levels on the Slave River were much higher than usual up until about a week ago, but have since significantly lowered, Poitras said.

The high water levels were caused by an ice jam moving downriver towards the community and concern grew that this could put some members of the Salt River First Nation in Fort Smith at risk of flooding.

However, Poitras said the ice is gone along with the immediate threat it posed.

“I don’t think there’s any more dangers of flooding,” he said. “I think we’re out of the water now.”

The water levels have dropped as much as five feet lowering the concerns that it once raised.

He added the area has dealt with flooding in the past and those who live near the water are very “flood smart.”

Although he believes the situation to have calmed, Poitras said he is ready to offer assistance to anyone in need if circumstances change.

“We go down and check daily and make sure everyone is okay,” he said.

Poitras said he has also been keeping an eye on infrastructure that could be damaged by water. He said he was evaluating the roads on Wednesday and found them to be in good shape.

Hay River is another area dealing with flooding this spring.

The town had to order an evacuation for the residents of Vale Island and West Point on May 5 as a result of flooding.

Kandis Jameson, mayor of Hay River, wrote a letter on May 6 posted to the town website, which said she believes “the worst is behind us.”

Jameson thanked those residents along with other volunteers who dealt with the flooding while also facing the threat of COVID-19.

“Under already difficult times and restrictions we came together as a community to work together to overcome an additional challenge. A challenge that comes every year with the threat of flooding,” she wrote.

Fort Smith cleans up after devastating wind storm on Sunday


"I think they need us and we need them," says Chief David Poitras.