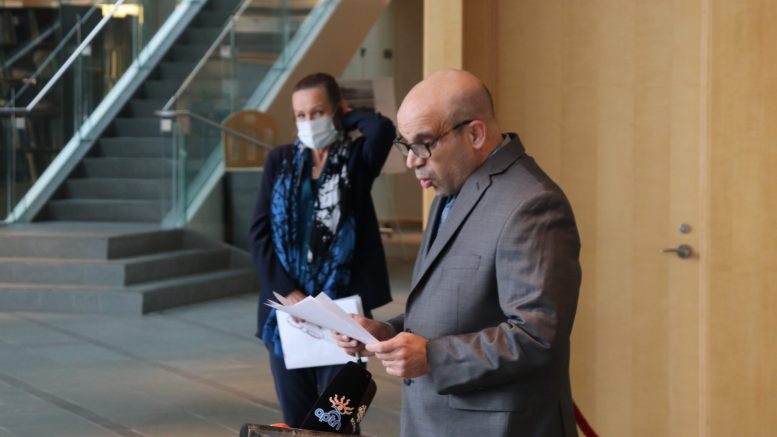 Dr. Andy Delli Pizzi, says people should not mix drugs with other drugs, or with alcohol. (Luke Carroll/CKLB)

The territorial government has received confirmation that an individual in Inuvik has COVID-19.

“This individual… is recovery safely at home,” reads a GNWT public notice.

On Friday, the government announced three presumptive cases — one in Inuvik and two in Yellowknife.

The person in Inuvik drove to the community from Alberta.

The notice says there is no further risk to Inuvik or any community along the route they took.

Public health officials are still waiting for confirmatory results for the two cases in Yellowknife.

At a press conference last Friday, the government said it was hoping to have results on Saturday from Alberta.

“Despite the fact the tests remain presumptive, public health has always treated these tests as positive as far as contact tracing and response,” reads the notice.

It adds that the contact tracing investigation is ongoing.

Presumptive COVID-19 case at Ekati reported to be negative

No ‘ongoing heightened risk’ of COVID-19 at Diavik: GNWT