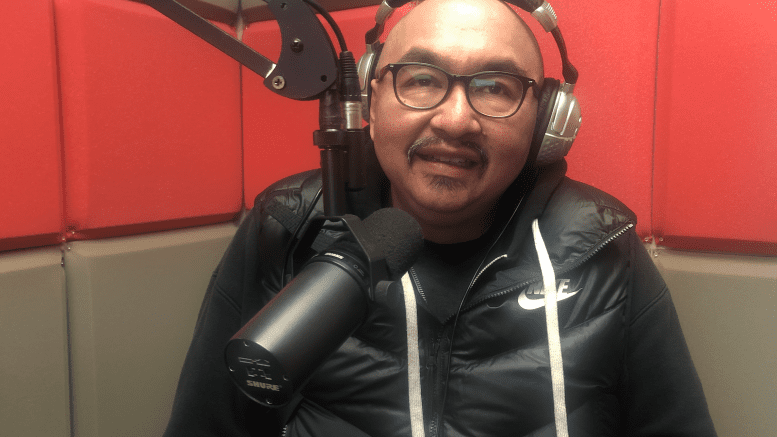 Mervin Brass says he isn’t satisfied with the status quo.

As the first Indigenous senior managing director for the North region, Brass says he plans on using his position to create opportunities for aspiring journalists.

He has taken over for Janice Stein after nine years of service.

“My dream is that someday, it’s just as normal for Indigenous people to be leaders at institutions like the CBC,” he says.

Brass is Anishinaabe and Cree from the Key First Nation in Saskatchewan and has been the managing editor for CBC North for the past four years.

His vision is to ensure language preservation, knowledge and Indigenous representation is a priority when creating content.

Brass says he wants to understand the northern perspective through the eyes and ears of other Indigenous people.

He realized as a young adult, “that you can help a lot more people if you do some good stories.”

Brass is proud to use his position to bring Indigenous voices to the forefront of the CBC.

“Indigenous languages first,” he says, “I’m not happy with the status quo.”

Brass says he wants to grow the language content in the North by hiring more Indigenous language speakers.

Brass encourages journalists, young and old, Indigenous and non-indigenous to reach out to him over email, phone, and Twitter if they’re serious about wanting a career.

“It makes a world of difference having that Northern perspective,” says Brass.

Brass remembers a time when he almost dropped out of high school.

He says many of his friends and family ended up in foster care, youth justice system or worse committing suicide.

After becoming sober in 1989, he later enrolled at the University of Regina.

When deciding on a journalism degree, he says “I didn’t know what I was getting into, but I wanted to try it.”

“It wasn’t until I got to J-school that I met other people similar to me and I realized that I’m not a freak,” he adds.

Brass recognizes this moment as being the driving force in understanding his true potential.

“I know our challenges, I know our realities and I want to use this opportunity to help make change,” he says.

Brass admits he’s not afraid to use his voice and that he’s not going to cater or change his point of view.

“Unfortunately, that makes people uncomfortable . . . but they got to get used to it. Things are going to change,” he laughs.

Janice Stein has worked with Brass for almost four years.

“When I hired Mervin, I knew I wanted him to become the next me,” she says.

“He brings a deep interest in people,” she adds.

Mervin is known in the office for developing staff and investing in diverse talent.

Brass intends to bring the CBC into a new way of thinking, embracing other ideas, cultures and languages for the sake of more inclusive storytelling.