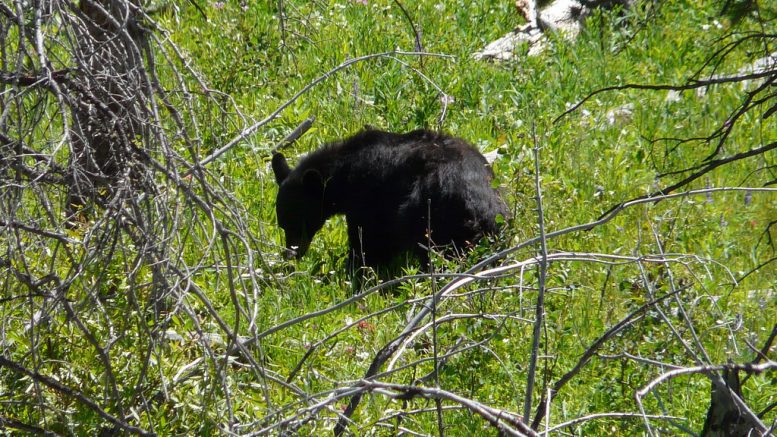 A stock image of a black bear. (Photo retrieved from Creative Commons.)

One person is seriously injured after a bear attack in Hay River early Friday morning.

Ross Potter, Hay River’s director of protective services, says in an email that at approximately 2:50 a.m., Hay River Fire was dispatched to the Cranberry Cres. area to respond to a possible bear attack.

Julie Plourde, RCMP spokesperson, says in an email police responded to the incident on Saskatoon Dr. where an injured youth was discovered.

The youth — whose identify is not being released for privacy concerns — has been medevaced to Edmonton for treatment.

The bear believed to be involved in the incident, was shot and killed by Hay River RCMP members, Plourde adds.

Joslyn Oosenbrug, Environment and Natural Resources (ENR) spokesperson, says in an email the department is investigating to determine whether the bear killed was the same bear involved in the attack, and to determine the potential cause of the attack.

ENR posted on Facebook that bears may be more active in the fall as they are out looking for food to put on weight for hibernation.

The post warns residents to remain alert and aware of their surroundings when in the forested areas.

Potter warns residents of Hay River to be vigilant of bears as the attack shows they are not yet hibernating.