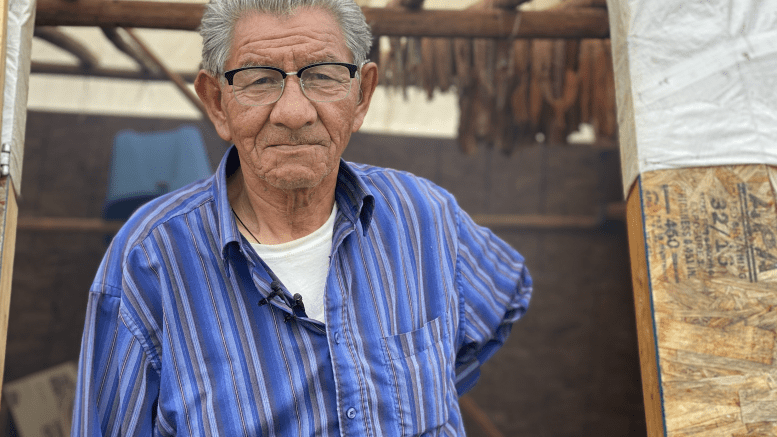 The Tłı̨chǫ Government has funded a special project aimed at bringing new technology to ancient stories.

Paul Cressman, program development officer for the Tłı̨chǫ government says he was inspired by the pandemic and the lack of social gatherings permitted across the country.

“We can’t afford to wait, we need to get on this now,” says Cressman, “because of an acute awareness that Elders are passing away.”

“We started thinking how can we bring the land to the people,” he adds. 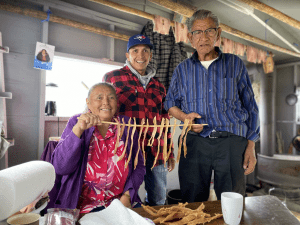 The project, called see the trails of our ancestors, went from putting a Go-Pro camera on somebody’s head to recording the trails in high definition 360°, says Cressman.

This experience will be a series of interactive stories guided alongside traditional lands and river systems.

The trails were the only means of transporting goods at the time, he adds.

As you move along the trails and find yourself at specific sites, video or audio prompts will share a significant story or detail about the site.

The team traveled from Whatì to Behchokǫ̀ on a 90-kilometer ancient trail system, recording all they saw and heard.

The project will showcase the many significant landmarks and trails connecting all four communities in the Tłı̨chǫ region. 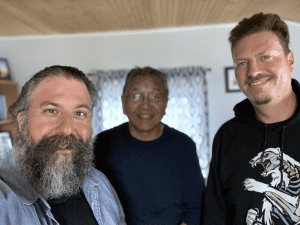 Audiences will have the option to view the scenes by land, air, or water.

“They started with Whatì because they wanted to get visuals of the land before the all-season road was built and the landscape had changed,” says Cressman.

“I think it will be a really powerful tool to collect, gather, and protect traditional knowledge and culture,” he adds.

This project will not only benefit future generations “but give Elders a chance to travel their land virtually,” says Cressman.

Once completed the website will be available in  Tłı̨chǫ Yatıì with English subtitles.

The project will take up to five years to complete with an allocated $200,000 budget provided the Tłı̨chǫ Governments department of Land and Culture.

The first installment should be available next spring.


"The GNWT is not a government for Aboriginal people," says Grand Chief Mackenzie.