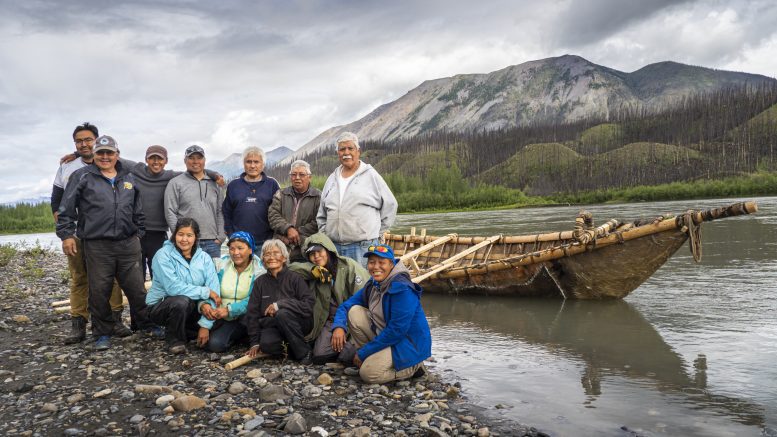 Twelve Dene men and women from the Deh Cho and Sahtú are featured in the documentary film Nahanni: River of Forgiveness. The film follows their journey of building a mooseskin boat and paddling the Nahanni River. (Photo courtesy of David McCaughna)

In 2018, 12 Dene men and women set out to recreate a journey their ancestors went through more than a hundred years ago. The group would build a mooseskin boat and paddle the mighty Nahanni River in the Deh Cho region of the Northwest Territories.

A film crew led by director Geoff Bowie captured the journey and turned it into a documentary film called Nahanni: River of Forgiveness. The film was more than a decade in the making with former Dehcho Grand Chief Herb Norwegian proposing the idea in 2005.

Lory Ann Bertrand was one of the youngest participants on the 500-kilometre adventure. She had the opportunity to learn “real bush skills” from Elders, despite a few hiccups along the way.

Nahanni: River of Forgiveness is having its Canada-wide premiere this Sunday, August 9, 2020 at 7 p.m. Mountain Time on the Documentary Channel.