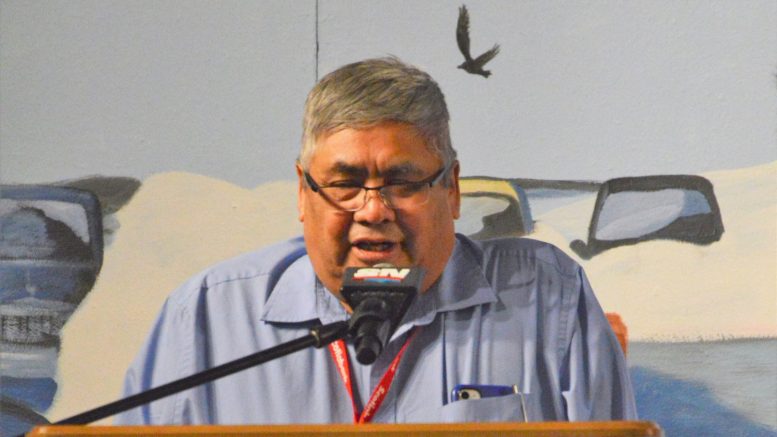 The Yellowknives Dene First Nation says that it has retracted its support for the Slave Geological Province Corridor project.

The decision comes after YKDFN says the territorial government issued a request for proposal for large contracts on the project without first consulting with the First Nation.

“The scope of this work is to perform the environmental, community consultation, and engineering work necessary to complete the Environmental Impact Assessment and regulatory authorizations required to begin the construction phase of (Slave Geological Province Corridor,” says YKDFN in a news release.

It also estimates the work to be valued at $20 million over the next four to six years.

“This Standing Offer of Agreement was awarded based upon responses to an RFP that was developed with absolutely no input from the Yellowknives Dene First Nation First Nation,” it says.

In the release, YKDFN Chiefs Edward Sangris and Ernest Betsina say their community signed a memorandum of understanding with the territorial government nearly a year ago.

The MOU outlines a steering team and working group that would include YKDFN participation. The chiefs say despite the territorial government being the one to present the MOU, it still remains unsigned today.

“The MOU discussions we had with the GNWT led us to believe that we would have a seat at the table when deciding what environmental and social considerations were important when executing a project of this significance,” says the release.

The leaders also claim the first nation’s construction arm, Det’on Cho corporation, lost out on contracts because “gave weight to items of importance to northerners and Indigenous people” rather than be the best value for money.

CKLB has asked Jason Snaggs, YKDFN’s CEO, for a copy of the MOU and to clarify what the “items of importance” were that hindered Det’on Cho’s application.


"The GNWT is not a government for Aboriginal people," says Grand Chief Mackenzie.