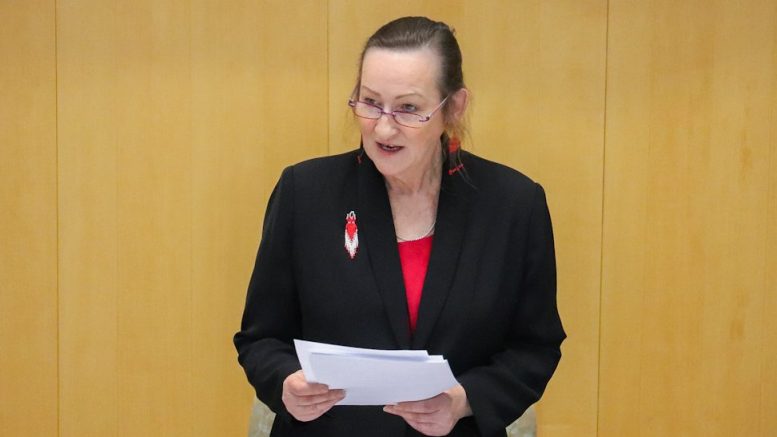 The government of the Northwest Territories cabinet is seeing some changes, announces Premier Caroline Cochrane.

This is “to protect the health of NWT residents and communities,” she says in a press release on Thursday.

Diane Thom is named, minister of seniors, and will continue her roles as deputy premier, minister of health and social services, and minister for persons with disabilities.

Caroline Wawzonek is to be named, minister for the status of women, for gender-based policy work, including the development of an action plan on Missing and Murdered Indigenous Women and Girls. She will have the added responsibility for the procurement of shared services, which is being transferred from the department of infrastructure to the department of finance.

Paulie Chinna is named, minister of municipal and community affairs — a portfolio that was taken over by Cochrane during the height of the pandemic. Chinna is now taking on the role of minister of youth and will continue her roles as minister for the Northwest Territories Housing Corporation, and minister of homelessness.

Commissioner Margaret Thom, may revoke appointments, on the advice of the legislative assembly.

These new changes to cabinet took effect on Thursday, July 23.