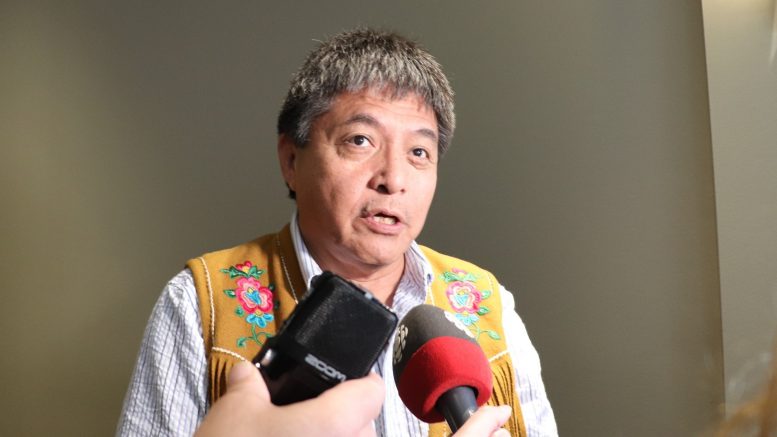 Tłı̨chǫ Grand Chief George Mackenzie says “enough is enough” and demands the cancellation of a public tender for the reconstruction of Rae Road.

Tłı̨chǫ leaders say they were left out of the conversation when the Government of the Northwest Territories issued a tender for the project.

In a news release, the leaders say the current tender doesn’t guarantee any  Tłı̨chǫ employment or subcontracting commitments and ignores the needs of the community.

The territorial government says it has to follow a tender process, weighing the competition when it comes to infrastructure projects.

Grand Chief George Mackenzie says the GNWT disrespected the Tlicho Agreement in their decision. Section 26.3.3 of the Land Claims and Self-Government Agreement outlines the necessary steps before going to public tender.

The agreement allows the GNWT full autonomy and control to pick and choose the bids once the necessary steps have been met to include Tłı̨chǫ leaders, which Grand Chief Mackenzie claims his request for negotiation was ignored.

Jackson Lafferty, MLA for Monfwi, supports the Tłı̨chǫ chief’s position and their efforts to demand the cancelation to the public tender.

In a statement, he said, “We cannot continue to allow colonial institutions like the GNWT to pay lip service to our treaties while they pick winners and losers with public resources in an effort to divide and conquer Indigenous Peoples”.

The Tłı̨chǫ Government says the contract to rebuild Rae Road is a great opportunity and would significantly improve the Behchokǫ̀ community, which  Grand Chief Mackenzie feels has been ignored throughout the process.

“It means the GNWT slapped us in the face,” he said. “The people of Behchokǫ̀ were promised a government that would allow us to be self-sufficient, through business and employment but those are just words, no different than the past. This is a hugely missed opportunity for our people.”

The Tłı̨chǫ leaders add, “The construction contract is to last for two years, and we will have to sit back and watch as outsiders take our jobs and our livelihood.”

Even though, minister Nokleby says, “the GNWT will still work to ensure that local labour and subcontractors are used in the reconstruction of Rae Road.”

“We still want to build a good relationship with the territorial government, but they never seem to want to co-operate with us, not since our land claim was settled. They don’t live where we live, how does the GNWT expect to know what’s best for our land?,” says Grand Chief Mackenzie.

While the decision to pull out of the North Arm Park tender is still unclear.

Katrina Nokleby, minister of Industry, Tourism and Investment, told CKLB, “the tender was canceled for the construction of a campground at North Arm Park to allow for a review of the procurement method for this project.”

She adds, the GNWT  does not guarantee contracts to Tłı̨chǫ businesses or prevent the use of competitive tenders.