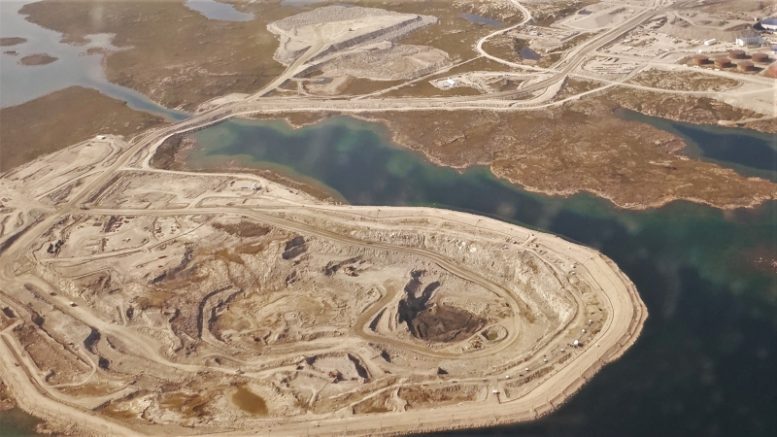 All three diamond mines in the NWT have additional health protocols in place to prevent the spread of COVID-19 and all intend to stay open for the time being.

Pre-flight screening and non-essential travel restrictions are among the new protocols to help curb the spread of the virus.

Spokespeople for all three mines said they were following recommendations from federal and territorial health authorities, such as: discouraging employees from international travel, self-isolating for 14 days if returning from abroad, avoiding large gatherings, and having them stay home if they feel unwell.

As of Tuesday, March 17, there are still no confirmed cases of COVID-19 in the territory.

CKLB asked all three companies if they were offering tests at the mines themselves but none answered.

We also asked what would happen if there were to be a confirmed case at the sites.

Communications staff for Dominion Diamond, the majority partner of Ekati mine, said staff on-site were “maintaining an isolation zone in the event an employee or contractor is infected or is presumed to be infected.”

A spokesperson for Rio Tinto, the majority owner of Diavik mine, didn’t directly acknowledge the question, but said, “Our approach is in accordance with advice from the Canadian and Northwest Territories governments and authorities.”

Terry Kruger is a spokesperson for De Beers Canada, which owns the Gahcho Kué and defunct Snap Lake mines.

“We have a detailed protocol and procedure around how to deal with situations like this and we have already begun implementation of various actions detailed in the plan,” he said, but did not offer additional detail.

Baffinland Iron Mines Corp., which owns the Mary River mine in Nunavut, recently announced it was sending all of its Nunavummiut employees home to protect local communities from the virus.

The company added these employees would continue to be paid.

So far, none of the diamond mines have taken these steps to send NWT residents home.

“This is a rapidly evolving situation and it is inappropriate to speculate on any additional actions that may be taken,” said Kruger.