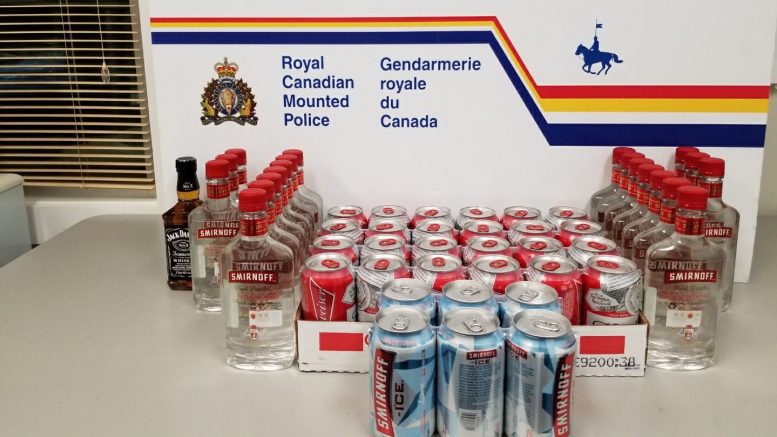 The bottles seized by police. (Photo provided by RCMP).

A traffic stop led to the seizure of dozens of bottles and cans of alcohol in Délįne this past weekend.

According to a news release, on Saturday police conducted a traffic stop on the ice road going into the community.

Officers then seized 20 375-mL bottles of vodka, a bottle of whiskey, 24 beer cans and six coolers.

In the release, he said, “The alleged sale of illegal alcohol is very concerning, and as a community, we cannot tolerate these illegal activities.”

Police did not name the driver and passenger, but said both are facing charges under the Liquor Act.