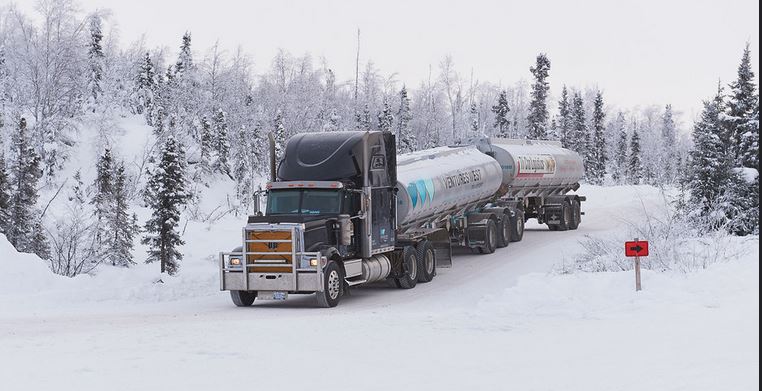 A 2015 Winter Road Photo of a Ventures West Truck heading to the Diamond Mines.

One of the Northwest Territories Indigenous trucking companies is facing financial tough times.

Ventures West Transport and Tli Cho Landtran Transport Limited according to several media reports have lost over 18 million dollars over the last two years.  Both companies have relied heavily on fuel hauling contracts to the territories three diamond mines. 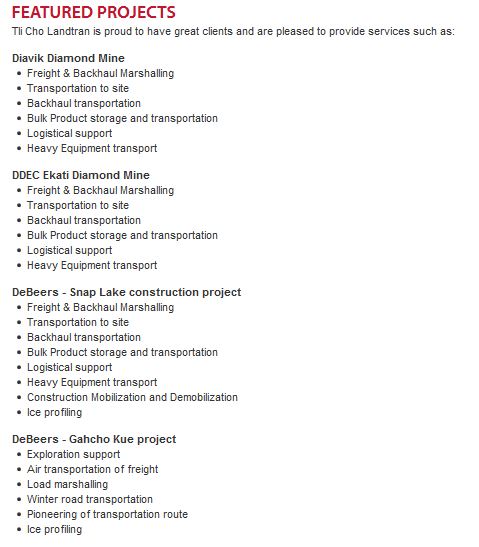 A look at Tlicho Land Tran’s projects from their website.

The Corporation’s lawyers are expected to be in court this week to face the creditors.  Sources say it is a legal tactic to hold things in place long enough to sell off their assets. Ventures West and Tlicho Landtran received creditor protection last week on November 29th in Alberta.

The Tlicho Investment Corporation is run by the Tłı̨chǫ Government on behalf of the Tłı̨chǫ Nation.