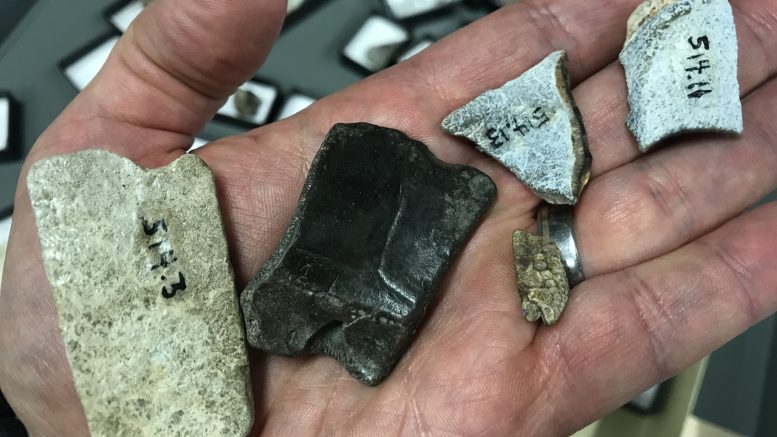 Dr. Zazula holds the fossils from the historic find in 1973.

A nearly 50-year-old fossil mystery has finally been solved in the Yukon and scientists have concluded that ancient rhinoceros and turtles once roamed the territory during a much warmer and moist time. Rewind back to April 1973, Joan Hodgins was working with some students from a community then located outside Whitehorse called Macrae.

“I think there was six of us out for a hike. We came across where there used to be an open pit mine. Me and the kids came upon this huge pilings that excavators pulled out of the ground when they’re mining for ore. I was looking at lots of the rocks and thought, ‘Boy, is this is nice looking stuff,’ some enamel from a tooth and a fossil of a turtle shell. The geese were flying it was a wonderful spring day,” Hodgins told CKLB.

A study published yesterday in the peer-reviewed journal, American Museum of Natural History, shows the fossils indicate rhinoceros and turtles were in parts of the Yukon and likely NWT approximately eight million years ago.

Researchers Dr. Grant Zazula with the Yukon Government and Kristen Kennedy of the Yukon Geological Survey say previously unidentified tooth fragments in Yukon’s fossil collection have been identified after being scanned by an electron microscope at the University of Colorado and show they belong to an ancient relative of today’s rhinoceros.

“They were probably the same size as the black rhino, but they had no horns. They looked more like a big hippo,” said Dr. Zazula. 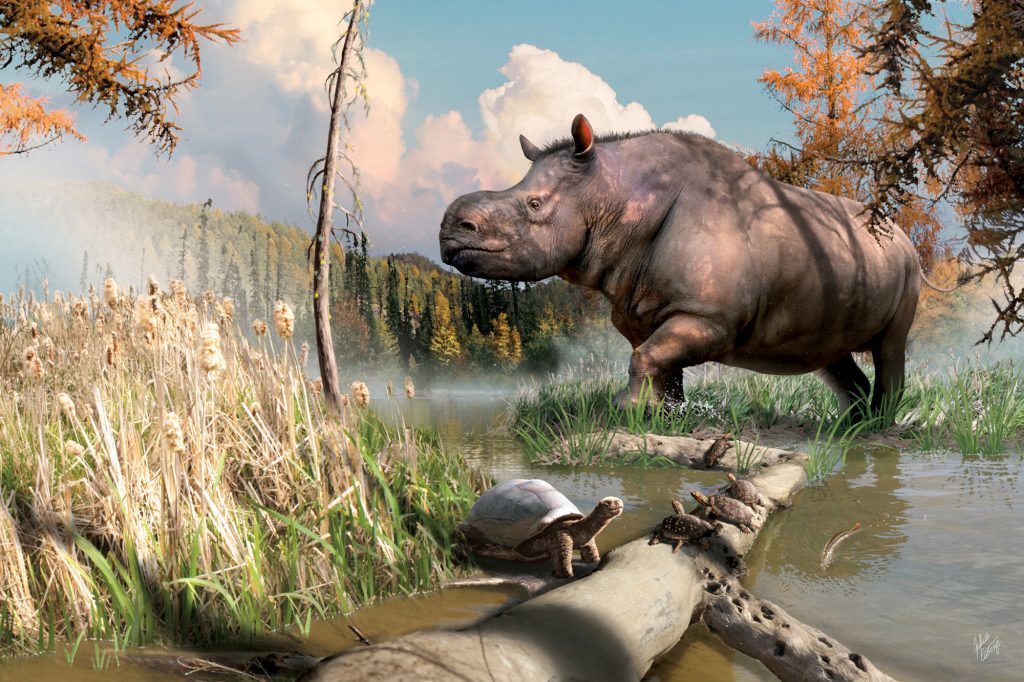 An artist’s rendering of an ancient relative of today’s rhinoceros splashing through a stream next to turtles and fish in the Yukon. (Submitted by Dr. Zazula).

Ms. Kennedy says the geology of the site indicates a milder climate and the fossils are the first evidence confirming the presence of mammals in this part of the world prior to the ice age. It also supports the model that animals such as these dispersed from North America to Asia via the Beringia land bridge.