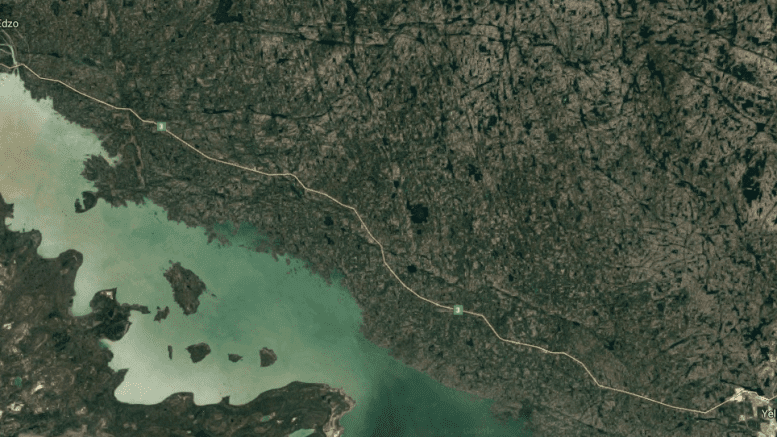 A Google Maps view of Highway 3.

“Both occupants of the sedan, a 47-year-old man and a 47-year-old woman, were deceased upon arrival. The driver of the semi-trailer did not sustain any injury,” say police in a news release issued today.

The collision closed the highway for four hours yesterday, near the scene of the accident near kilometre 268, about 65 kilometres north of Yellowknife.

#NWThwy3 remains closed between #Yellowknife and #Behchokǫ̀. It will likely be 2-3 hours before opening. We will tweet updates as they are available. #NWT

Several community members say they were from Behchoko.

No names have been released. Out of respect for the families CKLB will be waiting for official release of the names.

The investigation into this fatal collision is ongoing. Police add, “alcohol is not believed to be a factor.”