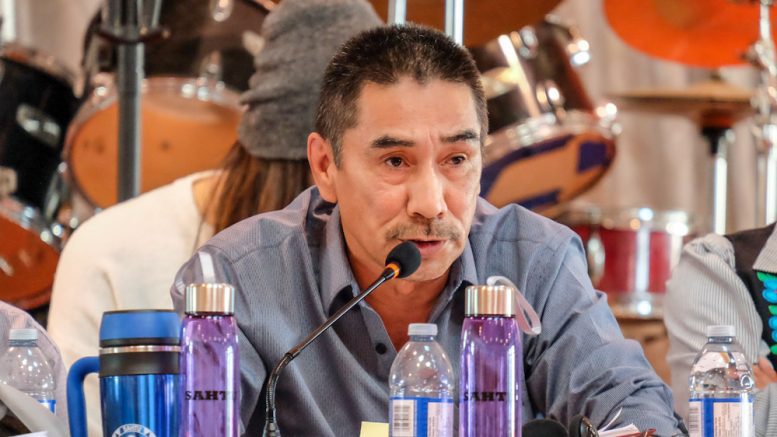 A little over a month since being elected, Fort Good Hope Chief Daniel Masuzumi is pushing for the community administration to be more accountable.

CKLB also heard eight people were terminated but Masuzumi didn’t confirm a specific number, nor did he say which programs were being put on hold.

Last week, Fort Good Hope hosted the Sahtú Secretariat Inc.’s annual general assembly. It was one of the first times the new chief could address all of the Sahtú communities directly. He delivered a message focused on community improvement, especially through education and housing.

In a follow-up interview, he said, “everyone is mentioning social problems and housing. All those things are examples of how we have to bring the community together… Make the best out of our grief.”

For now, the community is waiting for the results of the ongoing audit, which Masuzumi says should be completed in October.

“From now until October we’re trying to make due with what we have,” he said. “Once we get the final results, we’ll make a plan to where we can to go in the next two years.”