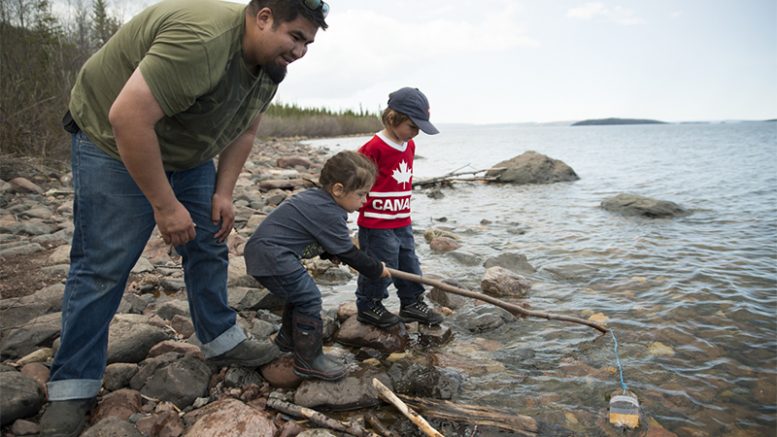 Local children playing with a wooden boat made by Dumaresq Valpy of the Łutsël K’e Dene First Nation. Youth are the future of Thaidene Nëné, which protects the ancestral homelands of the Łutsël K’e Dene and will be co-governed by the Nation, federal and territorial governments. (Photo by Pat Kane, courtesy of LKDFN).

For Steven Nitah, the federal and territorial governments have finally caught up to the community of Łutsel K’e in protecting Thaidene Nëné.

Nitah is the lead negotiator for Łutsel K’e Dene First Nation (LKDFN). On Wednesday, LKDFN Chief Darryl Marlowe signed an agreement with Parks Canada and the Government of the Northwest Territories to establish the newest protected area in the N.W.T.

“Łutsel K’e has been protecting that area for a long time now and using our own laws to protect against development,” said Nitah. “Now, it’s the Crown governments coming to the table with their laws. It’s not a new protected area for Łutsel K’e, but it certainly is for Canada.”

Development on the doorstep

The signing comes exactly one week after those same Crown governments announced millions in funding for the Slave Geological Province Corridor project, which would see a permanent road through an area bordering on the park.

The project is billed as a way to increase exploration and reduce costs for mines. 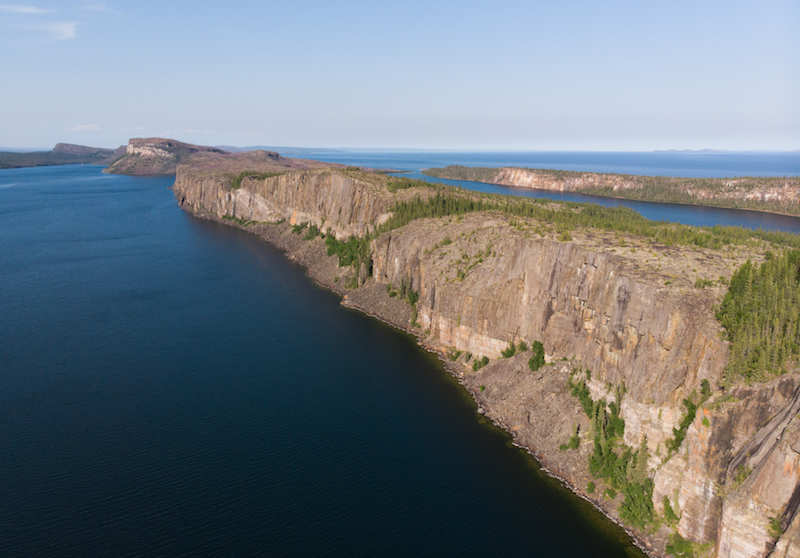 One doesn’t have to look very far to see how development outside of a park’s boundary can have serious implications on its overall health. Earlier this year, UNESCO warned the federal government it needs to save Wood Buffalo National Park and mitigate the effects of nearby oilsands and even the Site C dam in B.C.

As part of the Thaidene Nëné agreement, LKDFN will be monitoring the park’s health through its Ni hat’ni Dene Rangers program, which has been ongoing for 11 years.

Throughout negotiations, the park’s boundary was also changed to accommodate possible resource development.

“What that road will generate in terms of other development is yet to be seen,” said Nitah when asked if he had any concerns about increased exploration near the park. He added, “That area is known for diamonds and diamond mining has a footprint, but it’s a cleaner process than gold and obviously oilsands. Having said that, we gotta learn from what’s working and what’s not working and plan accordingly.” 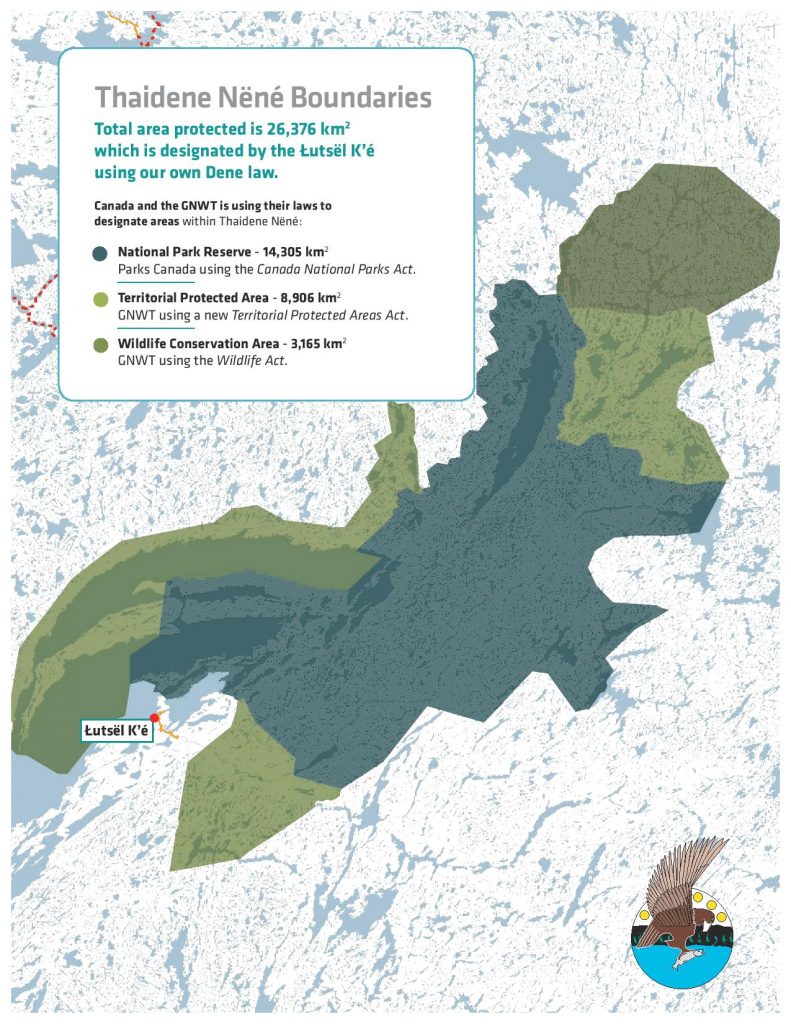 A news release says Thaidene Nëné covers 26,376 km² of “nationally significant boreal forest, tundra, and freshwater ecosystems in and around the East Arm of Great Slave Lake and beyond.”

Nitah says the park’s establishment creates an immediate eight permanent jobs in the community with an additional 10 depending on the season. He adds that other community members are looking to take advantage of the tourism opportunities that comes with a national park.

“Achieving the protection of Thaidene Nëné for the Łutsel K’e Denesǫłine is a decades long dream, and is a critical step towards ensuring our way of life can be maintained and shared with all Canadians,” said Chief Marlowe in a statement during the signing.

The signing was initially supposed to take place on July 25, the day some Dene chiefs signed onto Treaty 8 in 1900, and when the Akaitcho Dene First Nations signed a land claim and self-government framework agreement 100 years later.

It was delayed after both the Yellowknives Dene First Nation and Northwest Territories Métis Nation said they wanted more time and better information on how the park would affect their rights.

Nitah said the delay was unfortunate but there’s “two circle days we can celebrate now.”


"It's really amazing to see how the culture has been kept alive over here," says Rosie Catholique, manager of Caribou People Creations.