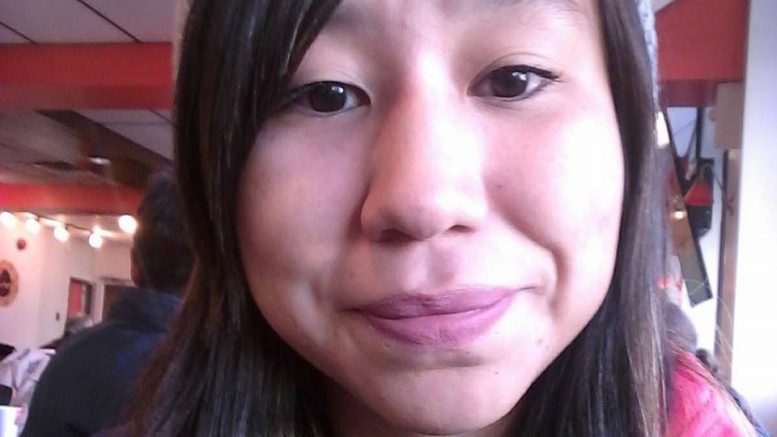 Mounties in Yellowknife are suspending the active search for three missing snowmobilers after a deceased person was observed in a large area of open water.

Police left out the information about the body when they held a news conference Friday evening.

RCMP stated in a news release issued Saturday that the deceased person had still not been identified.

They had not said whether the body had been recovered.

An independent source confirmed for CKLB that the third person was Jake Gully – a man from Fort Good Hope in his 20s, possible Cammy’s boyfriend.

After receiving reports of overdue travellers on Tuesday, RCMP say they began search and rescue operation.

Due to treacherous and deteriorating ice conditions, the search was restricted to the air.

They were helped by the Civil Air Search and Rescue Association (CASARA), a local helicopter and the military.

Mounties say that on Thursday searchers spotted debris (in) a large body of open water and eventually a body.

The families were then notified of the discovery.

“Our hearts are with the families of the missing persons. We are sorry to bring this tragic news to them and we will continue to support them,” states Staff Sergeant Yannick Hamel, Yellowknife RCMP Operations Manager.

Police state that with the observation of the deceased person, but no sightings of the other missing travellers after multiple searches over the area over several days with clear visibility, and deteriorating ice conditions, searchers determined that all viable search options had been exhausted.

A decision was made by RCMP to suspend the air search, and the families were notified of this as well.

“We understand the desire to bring these travellers home, but due to the deteriorating ice conditions, we stress that no one should venture out on the ice” states S/Sgt Hamel.

RCMP state that a strategy to extract the deceased person from the water is being developed.

The plan will be analyzed and evaluated for risk, as water, ice and weather conditions continue to change on a daily basis.

The investigation will now be taken over by Yellowknife RCMP General Investigative Section, who will continue to investigate the missing person’s file for all three individuals.

They claim that efforts to identify the third person continue.

The RCMP will assist the NWT Coroner Service with their investigation.

Should anyone have further information, or see anything that could be related to the missing persons, RCMP encourage them to bring the information to their local detachment.

If further evidence comes to light, lifting the air search suspension may be reevaluated.

CKLB extends condolences to friends and families of the victims.