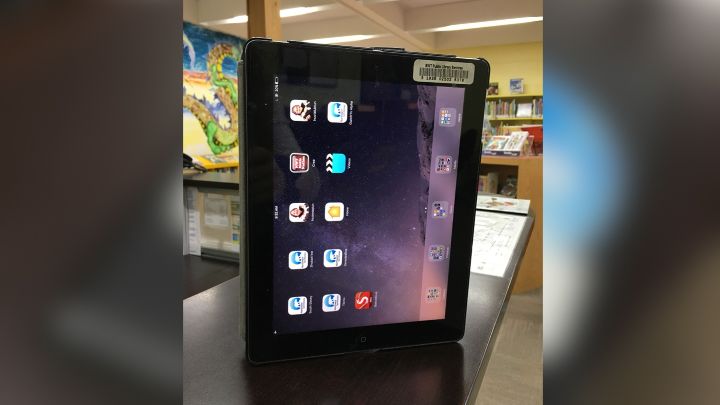 This is one of the iPads stolen from the library. (Photo retrieved from Facebook).

In a post on social media, officials said the Mary Kaeser Library was broken into over the weekend.

RCMP confirmed officers responded to a break and enter call on Sunday and found a broken window.

Two of the library’s four iPads were stolen; one was a regular-sized tablet, with Indigenous language learning apps, the other was an iPad mini that had apps for new parents.

Have you seen this iPad? The Mary Kaeser Library was broken in to on the weekend and two of our iPads were stolen. One…

Police say there was also some money stolen but didn’t specify an amount.

No charges have been laid so far.