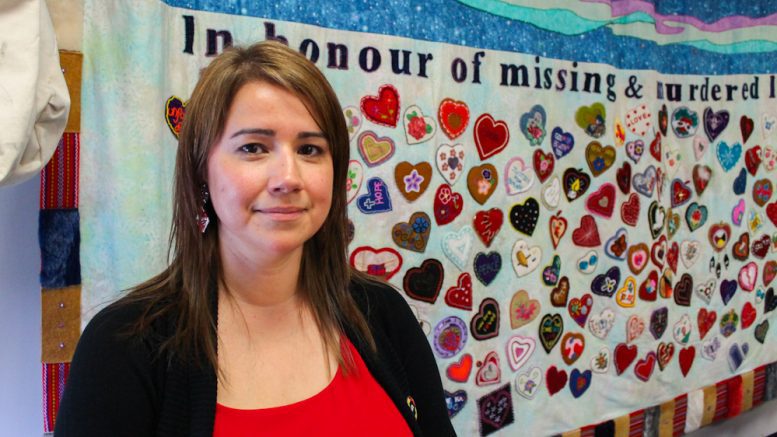 When Lesa Semmler was eight years old, her mother, Joyce, was murdered by her common-law partner.

Semmler was one of the first women to testify when the Missing and Murdered Indigenous Women and Girls Inquiry was in Yellowknife last year.

Now, a year and a half later, the inquiry has released its final report, but not in the way Semmler was hoping.

“The families were robbed because of the leak,” said Semmler. “We wanted to do it in a way to present this to Canada and it was stolen away from us again.”

CBC published a story detailing the 231 Calls to Justice a day before the inquiry delivered its final report on June 3. Semmler said this minimized the impact of the report. She made the comments when asked about her thoughts on the report while at a news conference held by the Native Women’s Association on the report.

Overall, the association is supportive of the 231 Calls to Justice outlined in the inquiry’s final report.

Jane Weyallon is the association’s president.

“A lot of our input was taken into consideration,” she said. “Missing and murdered women is a crisis, and it’s good that (the inquiry) acknowledged that like we said.”

However, there was some disappointment with the final report. There were 46 recommendations specifically to address issues for Inuit and another 29 for Métis people. There’s even an additional report that focuses on Québec. There were no such specific recommendations to First Nations people living in the North.

“We do share the same challenges and issues as the rest,” said Therese Villeneuve, the association’s territorial elder. The frequent necessity—and lack of support—for medical travel, a lack of affordable housing and food insecurity are all challenges unique to the North, she added. 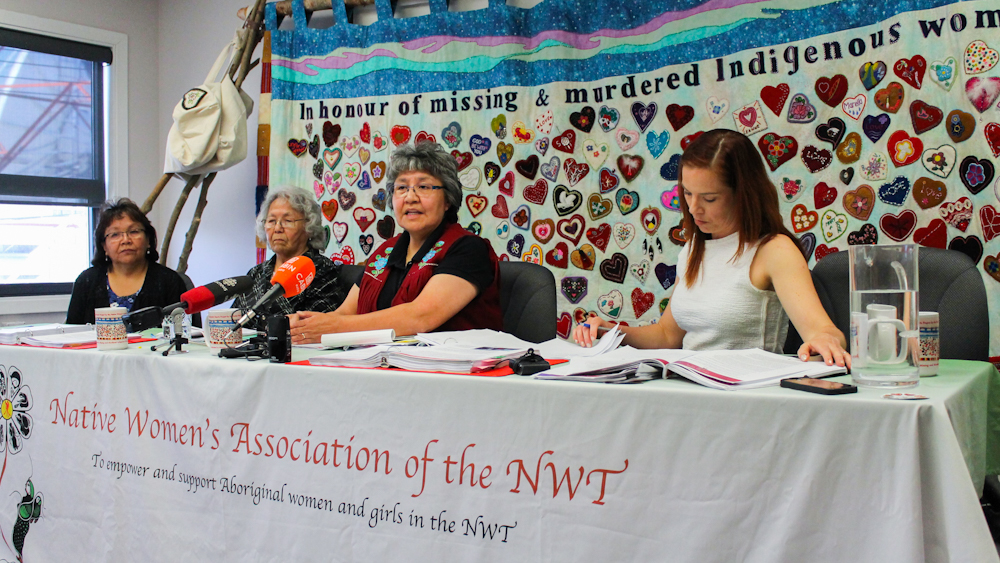 In the inquiry’s final report, part of Call to Justice 9.3 reads, “End the practice of limited-duration posts in all police services, and instead implement a policy regarding remote and rural communities focused on building and sustaining a relationship with the local community and cultures.”

One way to do that is to have a constant police presence in all communities.

Weyallon believes if all 33 communities in the territory had a constant police presence that more cases of domestic violence would be reported. At the very least, response times would be faster. Weyallon briefly mentioned the 2009 murder of Alice Black in Gameti. The RCMP doesn’t have a detachment in the community and only arrived after Black died.

The RCMP has 21 detachments in the territory with regular patrols in adjacent communities. CKLB has asked for further details on the frequency of these patrols and the possibility of having a detachment in all communities.

Nonetheless, policing is only part of the equation.

Villeneuve said communities should have safe houses or something similar for women who are survivors of domestic violence. These would also serve to support women once offenders are released and return to the community. Right now, said Villeneuve, some women are flown out of their home communities to ensure their safety.

Marie Speakman is the association’s family support worker. She said more support, like aftercare programs, is needed for frontline workers like herself.

The capacity for non-governmental organizations is limited by funding, so to make that happen the government needs to get involved.

Caroline Cochrane, minister of education, culture and employment, has previously said that the government will need to take the time it needs to properly assess how to include the findings from the inquiry.

Both Villeneuve and Weyallon spoke about the need to work with government to ensure the Calls to Justice aren’t left to “collect dust.”

For Semmler, the inquiry’s report is a tool to bolster the voice of Indigenous women, girls and two-spirit people.

Speaking of the findings, she says, “We, as Indigenous women… we’ve been saying this, we’ve been crying this but in the world we live in, people only take serious an inquiry, a legal document.”

Now she says Indigenous women, girls and two-spirit people need to be at the forefront of implementing the Calls to Justice.