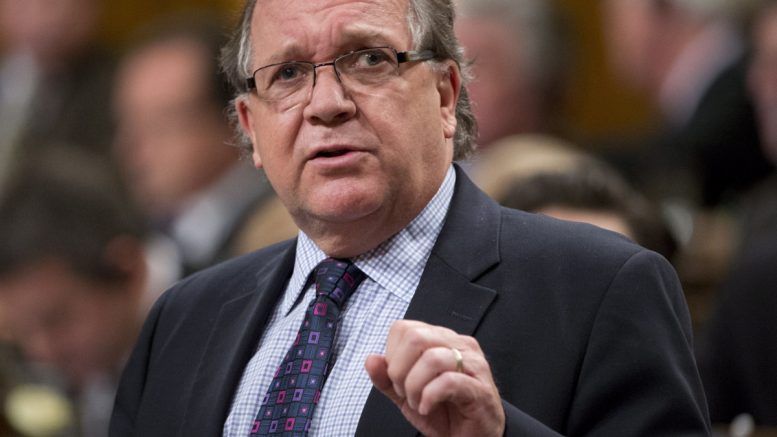 Prime Minister Justin Trudeau changed his tune on using the work ‘Genocide,” when discussing the recent release of the final report on Missing and Murdered Indigenous Women and Girls.

One former minister from the Harper Government, called out Trudeau and the Inquiry as playing politics, and “using the plight and sorrow of innocent victims to advance their propanganda.”  Those strong words came from former Aboriginal Affairs and Northern Development Minister Bernard Valcourt who was on a social media tear on Monday, saying the MMIWG Inquiry Report, “unfortunately attempts to trivialize genocide. It is the prime example of lefties.”

Valcourt while Minister of AANDC repeatedly told media and the House of Commons, that a majority of women were murdered by Indigenous men, and continued to repeat the talking point that , “it is a department of justice issue,” and to “let the RCMP do their job.”

Valcourt went further in another tweet to call the Inquiry and the Liberals approach to the report “identity politics.”

usinf the plight and sorrow of innocent victims to advance their propanganda, i.e. pushing their false thesis of genocide to bring the taxpayers who always foot the bill, to adopt their plolitical objectives, of desecrating democracy to favor identity politics.

On Monday Prime Minister Trudeau did not used the term “genocide” to describe the report’s findings, despite the inquiry’s Chief Commissioner Marion Buller saying it was “an inescapable conclusion” of the inquiry. Trudeau faced significant on-line criticism over leaving the word genocide out. But on Tuesday Trudeau vacillated and  said, “We accept the findings of the commisioners that it was genocide, but our focus as it must be on the families and the communities that have suffered such loss,” at the Women Deliver Conference in Vancouver.

Meanwhile, current Conservative MPs distanced themselves from Valcourt’s tweets. Tory MP Cathy McLeod, who is the Conservative Indigenous Affairs Critic, took to Twitter saying, “Mr. Valcourt does not speak for the Conservative party of Canada with these unacceptable comments.”

Thank you @Cathy_McLeod for speaking out. First Nations look forward to your continued support. #cdnpoli https://t.co/sCp9ejY9Ex


‘Enough is enough’ says Jane Weyallon, president of the Native Women’s Association of the NWT.