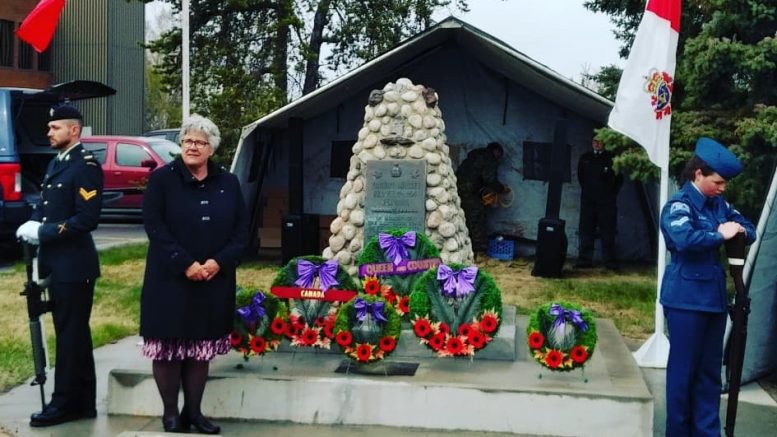 Royal Canadian Legion Vincent Massey Branch President Don Asher, laid a wreath and stressed the importance for Canadians to never forget the sacrifice and loss of soldiers in the second world war to secure our freedoms and democracy today.

On June 6, 1944 Canadian and allied forces from England and the United States D-Day began the largest amphibious invasion in history, to defeat the German Nazi occupation of France and Eastern Europe.

US Gen. Dwight D. Eisenhower, supreme commander of the Allied forces, gaves the order of the day to paratroopers in England, saying, “Full victory — nothing else” was the command just before they boarded their planes to participate in the first wave. 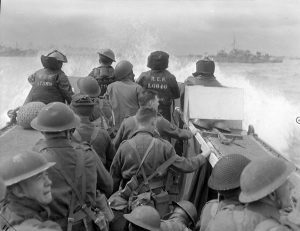 14,000 Canadian troops landed on Juno Beach. By the end of the Battle of Normandy, the Allies had suffered 209,000 casualties, Over 350 Canadian soldiers died that day along with 22 from the Royal Canadian Air Force. More than 5000 Canadians died in France. Canada pushed furthest in-land on June 6th in 1944 to begin liberating France from Nazi German occupation.