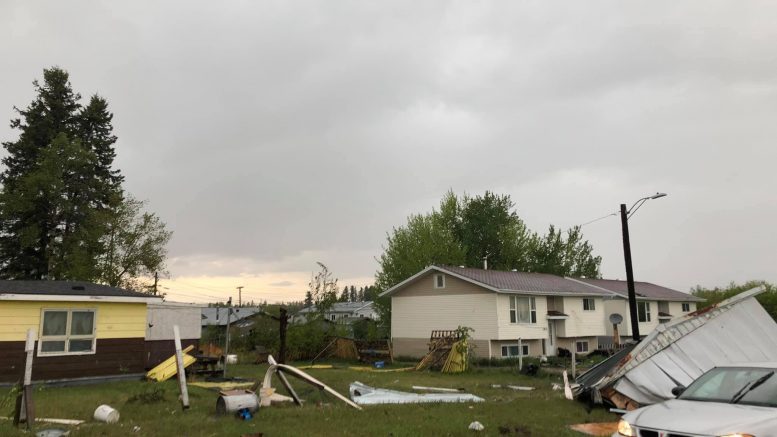 Residents of Fort Smith are assessing the damage and cleaning up after a powerful storm Sunday that some people in the South Slave community are describing as a tornado.

There are no reports of injuries but residents have posted to social media photos and video of damage to buildings and vehicles.

In a social media post just before 7 p.m., the Town of Fort Smith reportedly stated parts of the community are without power  “due to high winds,” and that the Northwest Territories Power Corporation was actively working to fix it.

It warns people in the town of about 2,500 to be careful of downed power lines, but added that all roads have been cleared.