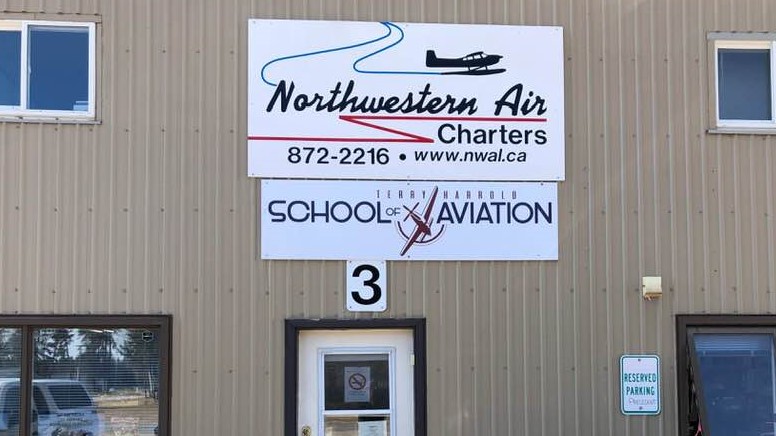 Heidema is the Chief Operating Officer of Northwestern Air Lease (NWAL), which recently opened its Terry Harrold School of Aviation in partnership with the Pentecostal Sub-arctic Leadership Training (SaLT) College.

As airlines are getting more and more passengers, the world is facing a pilot shortage. And Canada is no different. Last year, Theresa Davis-Woodhouse, the Canadian Council for Aviation and Aerospace’s director of project management, was quoted by the Ottawa Citizen as saying the country would need 7,300 new pilots by 2025.

“But there are fewer than 1,200 new pilots graduating each year, and nearly half of these are foreign students. As well, only 70 per cent of graduating pilots go on to work in the industry,” reads the article.

Heidema says the territories are facing a shortage of about 100 pilots.

“There’s a chronic shortage of pilots in the world and we feel that intimately here in the North because there’s such a turnover,” he says. “Most of our students, if not all of our young pilots, come from the South. They come up here, they get trained, they get certified… and then they leave us and go south again. So there’s a revolving door.”

But that idea of cutting your teeth by flying in the North also seems to be changing. With such a formidable shortage across the world, larger airlines are hiring more new pilots than before.

So Heidema and NWAL are turning to local talent: the school is actively looking for Indigenous and non-Indigenous youth in the North.

“That’s our audience,” says Heidema, “we’re going after to give them an alternative to natural resource-based jobs, like working the mines.”

While it’s no secret the mines pay well, Heidema calls the work “golden handcuffs” considering you have to be away so often.

“We fly people to the mines and they aren’t always happy when they have to miss a wedding, a birthday or an anniversary or something like that.”

The school is named after 86-year-old Harrold who still flies with NWAL and who, according to Heidema, wasn’t too keen on the idea at first.

It will offer two kinds of programs: direct entry for those who want to get their license in an undetermined timeframe and a two-year aviation diploma.

Tuesday evening saw the eight direct entry students. Heidema says the plan is to have the diploma program (which is on conjunction is SaLT College) ready in September.

Students interested in the diploma program must be at least 17 years old and have Math 20-2 and English 20-2. (A full list of requirements can be found here.)

Heidema says the school will offer training specifically to fly in the North. That means flying off gravel runways, learning to use floats and skis, and even sub-arctic survival. The goal, he says, is for the pilots coming out of the program to “have an appreciation of what it requires to be up here.”

Moving forward, Heidema says he’s planning to visit communities across the territories to promote aviation as a viable career to youth.

What does reconciliation mean to you?: New northern podcast wants to know