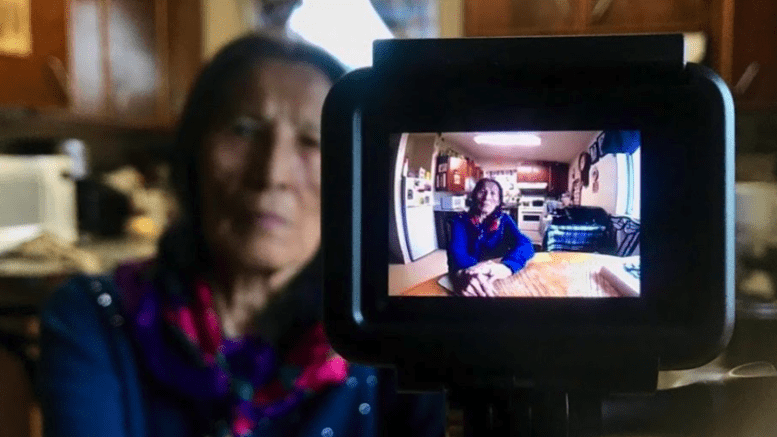 “I was born and raised here in Łı́ı́dlı̨ı̨ Kų́ę́ and I never really paid attention to my history growing up,” says Martina Norwegian, president of the Fort Simpson Historical Society.

A new regional exhibition is now open in Fort Simpson showcasing the Dehcho’s rich history from the perspective of Dehcho Dene.

It’s called Dehcho: River Journeys and explores significant periods of history through oral stories, starting with the signing of Treaty 11, leading into the Berger Inquiry and now into the present day.

“Just to stand in that building, and have that sense of accomplishment,” she admits took decade’s worth of work. 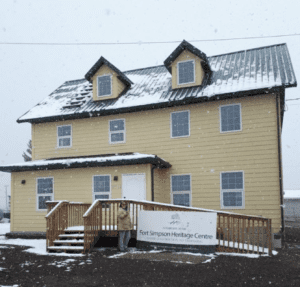 Sixty videos and over 100 artifacts and works of art are in the two-story exhibit. The long-term goal she says is to have as many of these resources digitized and brought into the classroom.

Some of the ancient stories were brought to life through animation and can be viewed in the museum on a tablet, such as the introduction of The First Axe.

“The people of the north saw these wood chips floating down the river; thinking that those are not made by how we cut our wood, those chips are not by anything that we use,” says Norwegian. “So they went out to look to see where these wood chips came from.”

That’s where they found the first metal axe, she recalls.

These first-hand accounts are crucial in understanding the differences taught in Euro-centric textbooks, as opposed to “our own history, like my parents, my grandparents, my great-great-grandparents,” she says.

“It’s painfully slow to learn these things,” says Norwegian. But in the process, “I think it made me grow more to learn who I am as a Dene woman.”

Arlyn Charlie is a 25-year-old artist working for the Gwichʼin Tribal Council (GTC) as a curator for the museum. 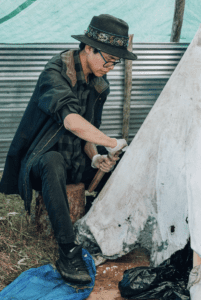 Charlie admits he wasn’t always confident that his culture would stand the test of time until he began gathering Elders videos.

“It (was) really eye-opening because there’s so many stories out there and I just became more appreciative of the people that I stem from,” he says.”If people can understand the importance of story, they’ll begin to understand more about our identity.”

The exhibit opened on Jan. 17 at the Dehcho Heritage Centre and will be in place for the next two years.

“I really hope that visiting these stories in the exhibition inspires people to record their own history and explore their own culture. Because it’s really important that we document this now and that we sustain it for future use,” he adds.