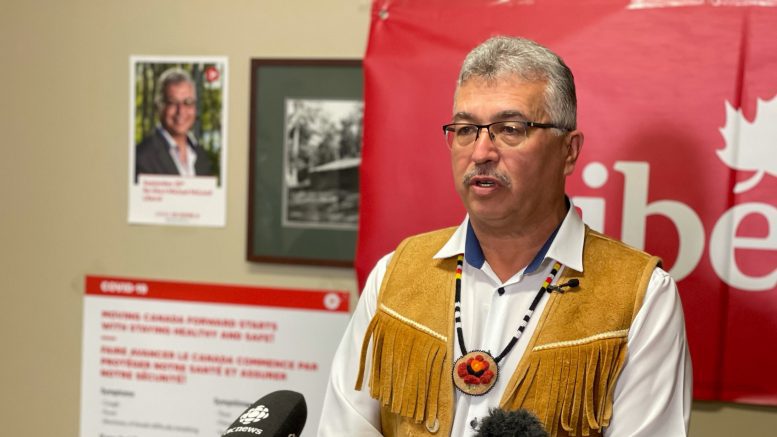 The federal election was a little too close for comfort for Liberal candidate Michael McLeod.

A handful of reporters waited patiently at Stanton Suites Hotel for results and incumbent to give remarks.

As the hours passed, she noted everyone’s patience wore thin and confidence dwindled as the gap between red and orange grew smaller and smaller.

McLeod described the election as “a real nail-biter” as he admitted to even being a little nervous.

“It’s an exciting night and I’m quite happy that we ended up with the numbers that we did,” he said, “I certainly would have liked them to be a little more in my favour but that’s the name of the election process.”

McLeod and team called the win, prematurely at around midnight. 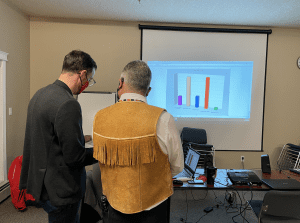 Telling reporters that although NDP candidate Kelvin Kotchilea has not officially conceded, they believe it was safe to call the winner.

Kotchilea wrote the morning after on social media, congratulating McLeod.

He adds that if the local electoral district association (EDA) would have him as their candidate again, he’d run.

“I’ll definitely give it another go, it was a close race,” reads the post.

The Liberal party of Canada secured a minority government, some say is just a copy and paste government of 2019.

McLeod jokingly attributes his win to his lucky cowboy boots.

Conservative candidate Lea Anne Mollison, who has never been to the NWT and didn’t participate in any candidate forums, managed to finish third receiving 1,848 votes — 14 per cent.

Independent candidate Jane Groenewegen is in fourth with 1,681 votes — 13.3 per cent. While Green Party candidate Roland Laufer is in fifth with 334 votes — 2.6 per cent.

“He is connected to the people,” Laufer said. 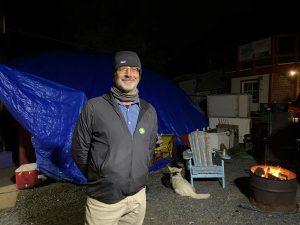 The gathering which had about six supporters included Laufer’s campaign manager Brock Grills who agreed with Laufer’s assessment of McLeod.

“I think [McLeod] does obviously care about the Northwest Territories,” he said.

Grills said it was important to have a Green voice in the territory and he was happy Laufer was willing to take on the opportunity.

Old Town Glassworks founder and president Matthew Grogono was another person in attendance. He said there to support his friend Laufer, but also to discussed the importance of thinking green

Laufer is interested in running again to be the Green candidate in the next election.

Liberal’s return with a minority

The House of Commons will look about the same as it did before the election as the Liberal party returns with another minority government.

Although the final results are not yet confirmed, the preliminary results look very similar to the 2019 election, with the Liberals taking around 155 seats, the Conservatives around 120, the Bloc Québécois with about 31, the NDP with around 27 and the Green Party with two seats.

With files from Luke Carroll.